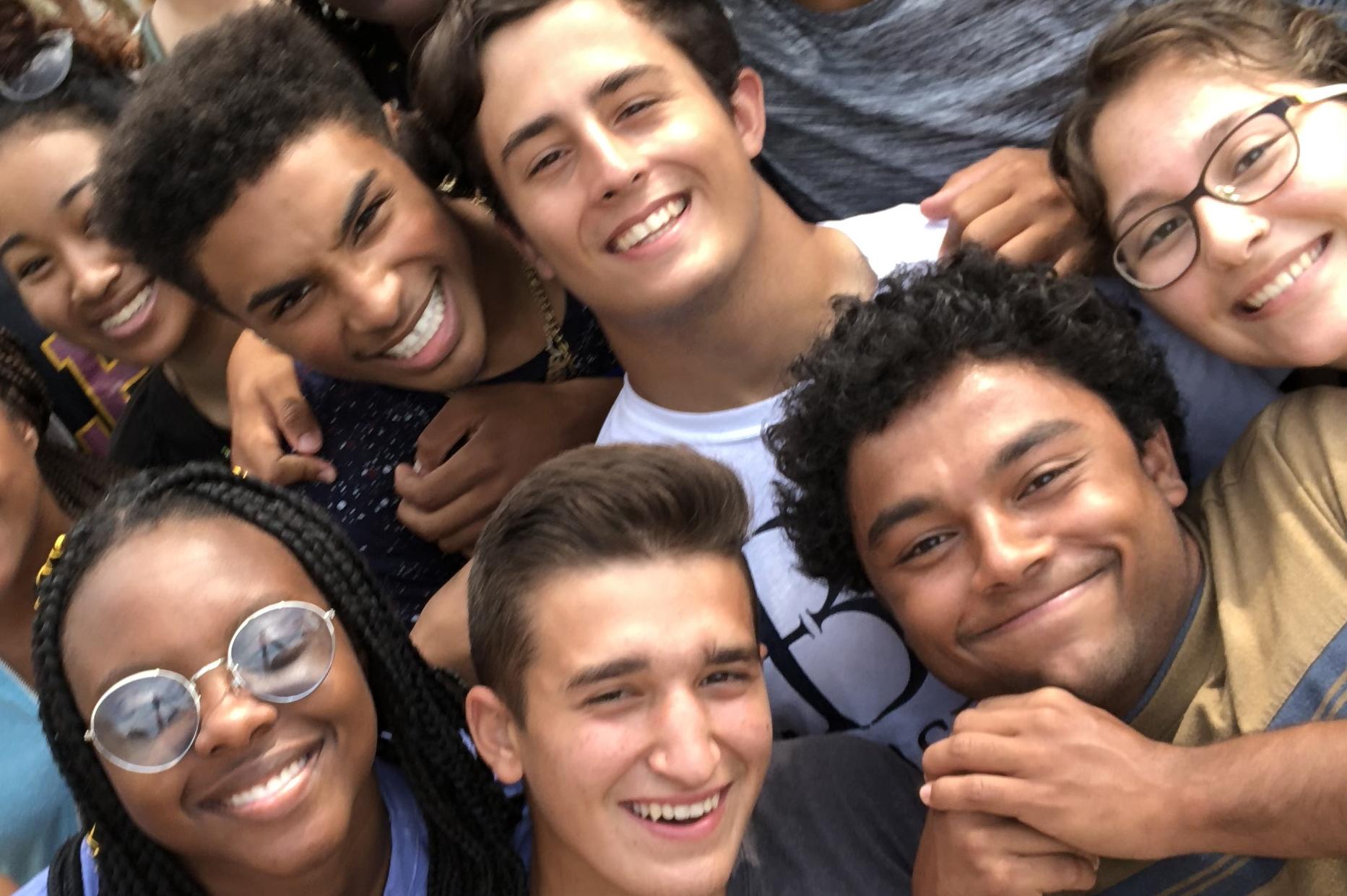 In May 2020, the Office of Diversity and Inclusion celebrates 50 years as part of The Ohio State University. The road we have traveled over this half-century is a story we are just beginning to tell.

America was going through a dark time in late April 1968. Martin Luther King Jr. had just been assassinated. Within six weeks, Robert Kennedy would also be murdered.

When two Black students were unjustly ordered off an Ohio State University shuttle bus by a white driver, the student-activists of the Black Student Union decided to act. By the end of that tumultuous day—April 26, 1968—43 students would be arrested for a day-long occupation of Bricker Hall, Ohio State's main administrative building. Eight students eventually would be expelled for their actions, but out of their struggle a seed would be planted and begin to take root—a notion that inclusion has merit and diversity brings us strength.

In reaction to the student protest, the university would establish a Black Studies Department in 1969 and, in 1970, create an Office of Minority Affairs to recruit Black students to come to Ohio State. Other victories sought by those students would follow over the years—the establishment of a Black Cultural Center at Hale Hall, the hiring of more Black faculty and administrators, more student employment opportunities for Black students, to name just a few—and the office built from the bricks of their dissent would become the Office of Diversity and Inclusion (ODI).
Now, as the calendar flips to 2020, ODI is preparing to celebrate our Golden Anniversary, a salute to a half century of advocating for all historically underrepresented students, faculty and staff throughout the university.

We keep the spirit of 1968 alive in our work today, not through active rebellion, but through the peaceful actions of our flagship programs dedicated to championing underrepresented students as they successfully navigate our campus.

Actions like the Young Scholars Program, a scholarship pipeline from Ohio's largest urban school districts to Ohio State which began 30 years ago and has brought the lifetime opportunities of a college education to thousands of first-generation college graduates. Or the Morrill Scholars Program, formerly the Minority Scholarship Program, Ohio State's chief diversity/merit scholarship, which has gained acclaim in recent years for undergraduate academic stars thanks to a pair of Rhodes Scholars pulled from its ranks.

Actions like the ACCESS Collaborative, a national model for the past 30 years helping single parents flourish in college with a graduation rate more than triple the national average. Or the Latinx Space for Enrichment and Research (LASER) which features a robust, three-tiered mentoring program as its centerpiece.

As Ohio State continues to push forward by welcoming increasingly diverse freshman classes, we help to make a university of uncommon breadth feel a little smaller, and a little friendlier by building community for students from all walks of life. Hale Hall has become the quintessential home away from home for generations of students, and to serve even more generations, we have grand plans for a renovation and expansion that will allow us to increase the capacity of our programs and the depth of our offerings.

In the coming months, we look forward to sharing with you the special ways that we will celebrate our Golden 50th Anniversary. We hope you're as excited as we are to honor this milestone and will consider returning to campus this fall for Homecoming or find other ways to mark our half century of advocating for underrepresented students.

As we turn 50, we want you to know that the spirit of righteous rebellion is still part of our DNA, even as the work we do every day has become increasingly interwoven into the very fabric of this university. We look forward to working with you in 2020 and beyond as we build onto the foundation of our first 50 years, lifting up ever higher in the sky the students that we work tirelessly for every day.

Can you help us honor our past, celebrate our present and invest in our future? You can become a mentor, provide an internship, volunteer, or give to the ODI Academic Assistance Fund #308080.