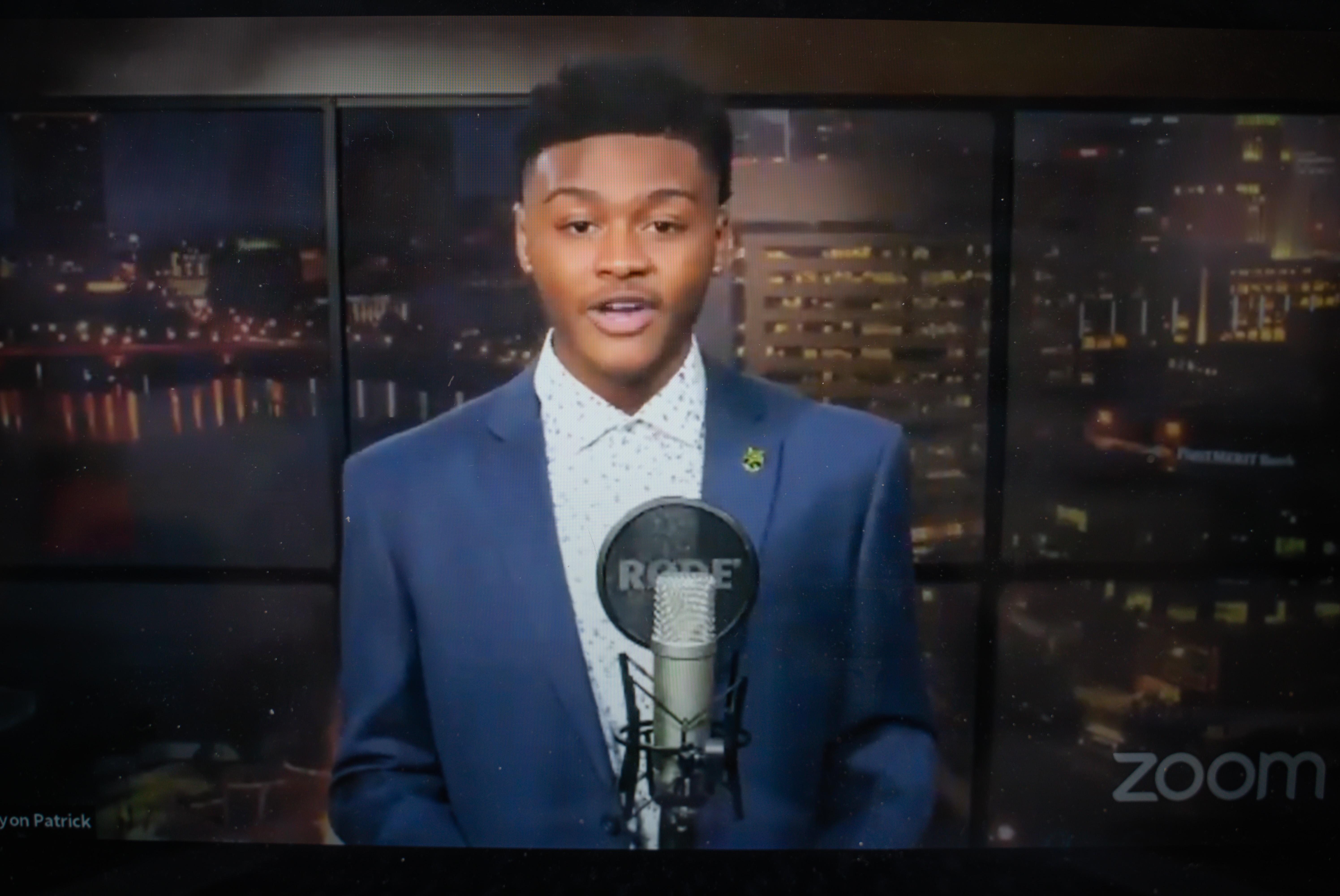 Playon Patrick hasn't started his classes yet at The Ohio State University, but the incoming Buckeye grabbed the spotlight when his introduction of former President Barack Obama at a national townhall event went viral.

Patrick's poetic introduction of Obama on June 4th—in a powerful spoken word piece he calls “2020 Quarantine Killers”—was written after reflecting on time he spent protesting police brutality in Columbus. “I was in the middle of writing the piece and went down to the protests and saw the passion and the fire in the people who were protesting,” said the 18-year-old Young Scholar Program student. “The faces and diversity of the crowd that I saw was definitely something I wanted to capture in the piece.”

With more than 350,000 people watching the Obama livestream, Patrick said he had more than a few butterflies in his stomach as he began. “It was one of the most nerve-wracking experiences of my life,” he said. “But once I got started, I felt like I was in my zone, and I was able to deliver it with so much clarity. It just felt right.”

Patrick said it takes him several days of reading and re-reading his poems to get the memorization and emphasis down pat. The Columbus Fort Hayes High School graduate looks to Black writers like Langston Hughes and James Baldwin for his inspiration. “These are the experiences of an African-American male that I'm bringing my voice to and sharing,” he said.

When he begins this fall at Ohio State, Patrick will study criminology with an eye towards reforming a criminal justice system that many protesting alongside him see as hopelessly broken. “How can we build a better system or tweak our system to make it so that we have equality and justice for all people?” he asked. “How we change those systems is what I'm interested in learning about.”

Patrick said the opening line of his piece—“And they ask how do Black boys write about their city?”—speaks to how little people know about the extent to which America was built by Black people. “We don't know a lot about how our people were farmers, builders and welders, and how they put these cities together and built them,” he said.

As his Buckeye future beckons, Patrick is working on a book of his poetry and seeing how his breakthrough moment leads to other chances to lift his voice. “The event with Obama definitely opened a lot of new doors for me, he said. “People want to hear a new voice.”