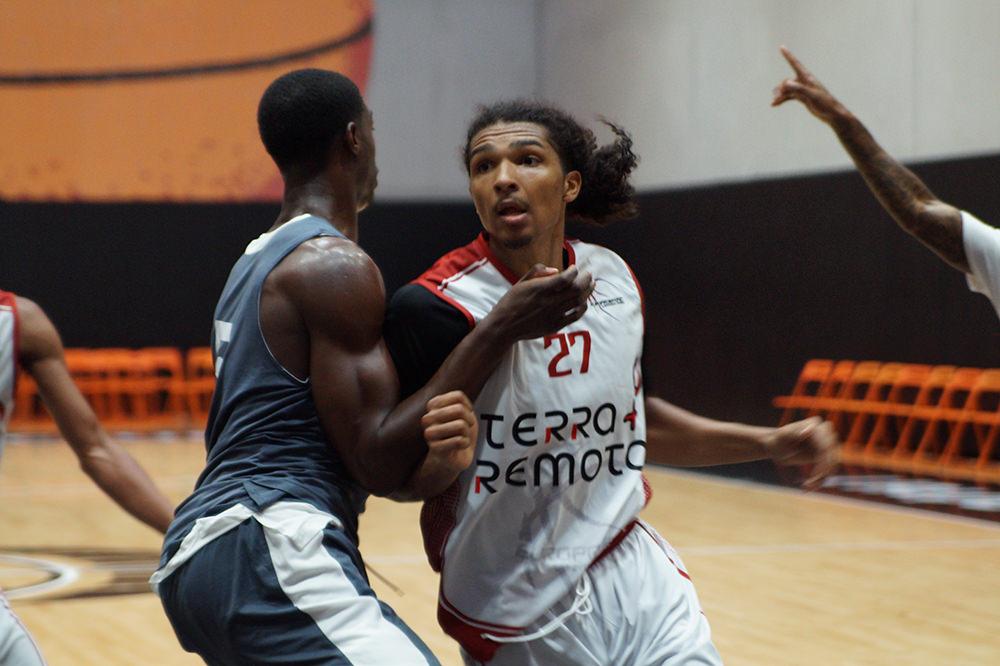 A recent Young Scholars Program graduate has taken the road less traveled all the way around the world to a pro basketball career in Spain.

Despite starring on The Ohio State University's club basketball team—a notch below the men's varsity team—Marquis Gaines is headed back to Spain to play his second season of pro basketball after earning his degree in human development and family science this December.

It has been a winding road to a pro career for Gaines, a former Canton McKinley High School standout who tried out faithfully for Buckeye Coach Chris Holtmann's squad but never managed to survive the final cut. Nevertheless, the persistent Gaines parlayed his success in leading the Buckeyes club team to three national championships in a row into a three-week tryout last year in Spain.

“It was a beautiful experience; I was playing against a lot of other American and foreign players and getting scouted by European teams,” he said. “I got a couple of offers pretty quickly, and after about the week and half mark, I had a couple other offers for tryouts.”

Gaines eventually signed a pro contract with Tarrega, a lower division basketball team tucked away in a small village in the northeast corner of Spain about 70 miles west of Barcelona. Sure, it's light years away from the big crowds of the NBA or even Spain's top division, but it was a taste of pro basketball for a 21-year-old eager to prove his abilities on a bigger stage.

“It was amazing; we were in the lower division, but I looked at it as a blessing no matter what level I'm on,” he said. “My city was small, but they welcomed me with open arms. They allowed me to play my game…the coach gave me the keys, and I can't thank him enough for that.”

During his senior year at Canton McKinley in 2015, Gaines was a talented player stuck on a bad team as the Bulldogs struggled through an 8-13 season. That kept the major college offers at bay for the 6'5 guard-forward despite the fact that Gaines dropped 25 points on highly-regarded St. Vincent St. Mary in the season finale. “I told my (high school) coach that if I didn't get any Division 1 offers, then I didn't want to hear about it,” Gaines said. “I had a full ride to Ohio State with the Young Scholars (Program) and knew I could try to walk on.”

Calling the Young Scholars Program “a life-changer,” Gaines said he initially struggled academically at Ohio State before buckling down and finding his groove as a student worker at Hale Hall. “They really take care of you at Hale,” Gaines said. “I met so many different people and had access to resources I never would have had. I was making connections and meeting beautiful people—that building was a blessing.”

Larry Williamson, director of the Hale Center, said he was concerned when Gaines left for Spain last year that he wouldn't come back to finish his degree. “Even though he has tremendous athletic ability, Marquis showed his true commitment to his educational goals by coming back and graduating,” he said. “We are very proud of him and congratulate him on his accomplishments.”

Soon, Gaines is headed back to Spain to suit up for Tarrega although he admits his first season was tough as he adjusted to a new culture and faced a significant language barrier. Oddly, Gaines said his lack of fluency in Spanish actually played to his advantage in road games.

“Basketball is a universal language; it's the same plays and the same systems,” he said. “It was funny because when we played away and the crowds were screaming at me, I couldn't even understand them. My teammates told me later they were calling me the B-word, so, it was actually a benefit.”

As Gaines looks back on his time at Ohio State, he said he thinks leaving his hometown of Canton to come to Ohio State changed his life. “It really opened my eyes up that there is a lot going on in the world that I never knew about,” he said. “It gave me confidence that I could say, ‘Hey, let's go to Spain, let's do it.'”