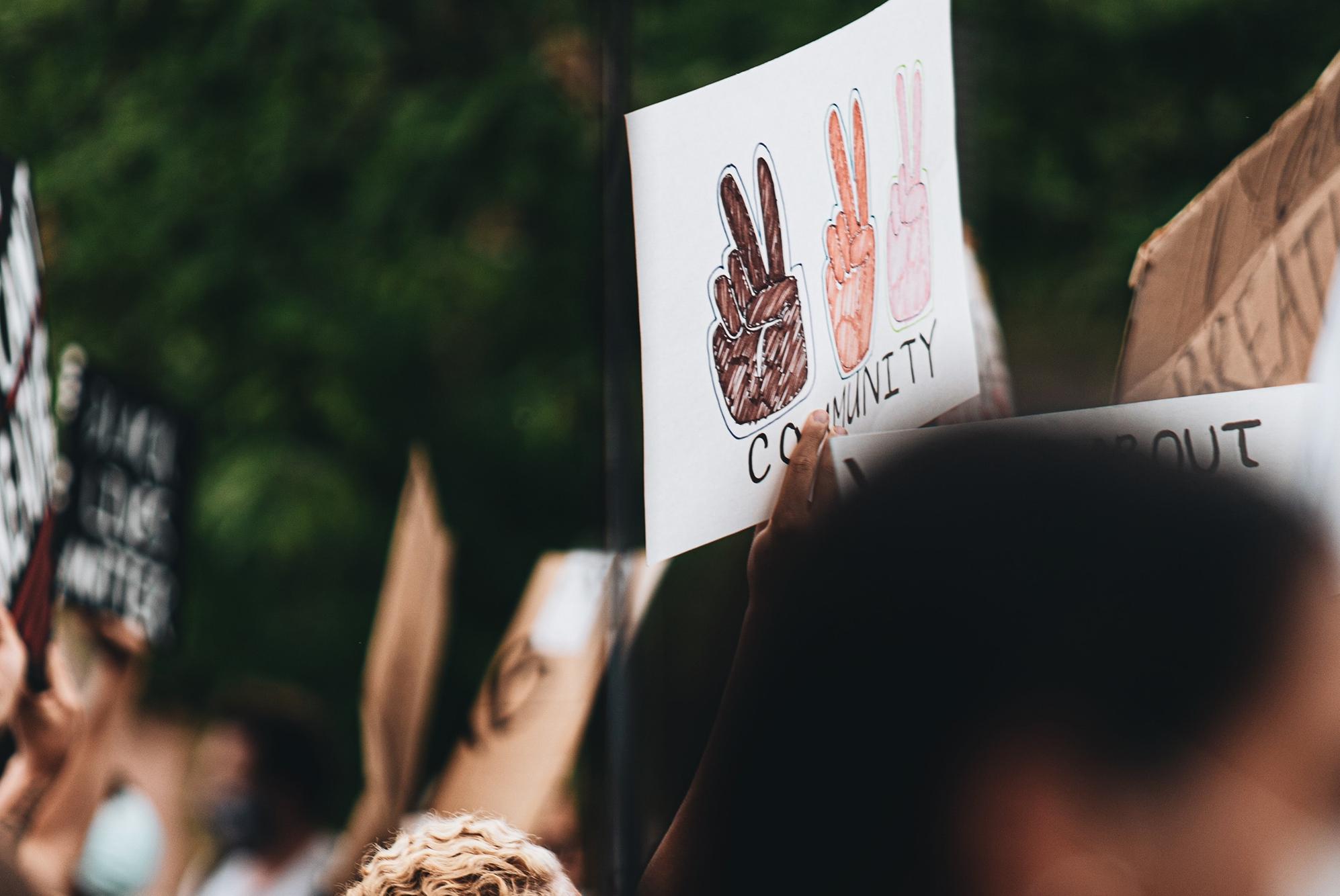 As more than 700 Ohio State students marched down the 12th Avenue sidewalk, passing cars blared their horns in support as loud chanting from protestors began to echo through the campus streets—“BLACK LIVES MATTER.”

Amidst the swirl of peaceful protestors dressed in black, fourth-year Young Scholars Program student Rayonna Booth gave voice to what had brought so many out to protest the death of George Floyd and other victims of police brutality. “I'm just here because it's the right thing to do,” said Booth, her long braids swaying as she walked. “It's a simple showing of humanity, it's showing we care about our community, our people, Black lives.” Booth was one of many Office of Diversity and Inclusion scholars and staff who attended the march including contingents from the Young Scholars Program, Morrill Scholarship Program, Bell National Resource Center and Latinx Student Success.

During the three-hour protest on a sunbaked Saturday afternoon, throngs of chanting students wound their way through campus before gathering on the south Oval behind Hale Hall, home to The Ohio State University's revered Hale Black Cultural Center.

As the students sat on the grassy slope, organizers spoke from a small stage about the importance of staying committed to fighting racial injustice and inequality, student activism on campus and allyship from people of all walks of life.

Jesse Fernandez, a fifth-year student in exercise science and member of the Latino Student Association, told the crowd that they must be committed to standing in solidarity with Black students leading the fight. “Allyship isn't a hat you can put on when you get media attention,” he said. “Allyship is not a business, it doesn't have an opening or closing time.”

One of the students speaking to the crowd Saturday was third-year Ose Arheghan, a Morrill Scholarship student who was involved in organizing the protest. The political science and Chinese major urged students to sign an online letter being circulated asking for the university to cut ties with the Columbus police department.

Allyship isn't a hat you can put on when you get media attention. Allyship is not a business, it doesn't have an opening or closing time.

“As students, it is our job to hold the university accountable when they are making decision that we feel are not in our best interests,” Arheghan said. “The safety of Black students—the safety of every student—cannot happen with the Columbus Police Department being on our campus.”

Ohio State University police presence at the event was minimal with only a few officers blocking off traffic as the students marched through campus streets. Young Scholar Dariah Williams, a fourth-year pre-law major, said Saturday's march felt safer for protestors from police violence than those she has attended in downtown Columbus in recent days.

While marching downtown, Williams said she and some friends were shot with wooden bullets by Columbus police for not clearing an area as they tried to help an injured fellow protestor. “We didn't want to move until we made sure the person was okay,” Williams recalled. “We had not acted against them or done anything…the whole thing just ignited an anger in me that I didn't even know I had.”

Wearing a black and red BNRC shirt, fourth-year student Sly Worthy Jr. said people are “exhausted” by the high-profile cases of police misconduct and that Floyd's death has served as a tipping point for students and others moved into action. “This is something that is going on over and over and over,” Worthy Jr. said. “We are all tired of it, not just Black people, but all of our people are tired of these things going on. So we are out here doing what we can do to try and change things.”

Williams said the Covid-19 pandemic's disproportionate impact on the Black community has contributed to protestors' frustration over Floyd's death by highlighting systemic racial disparities in the health care system.

“Being at home and not being able to be with our loved ones and being out of work—there was already a lot of tension that was being felt,” she said. “Once the video of George Floyd was released, I think all of that came together and it's just built into what you have been seeing now.”

As the event drew to a close, the students kneeled silently in reflection for eight minutes and 46 seconds—the length of time Floyd was kneeled on by police—as organizers read the haunting last words of Floyd as well as onlookers who attempted to intervene during the May 25th incident in Minneapolis. 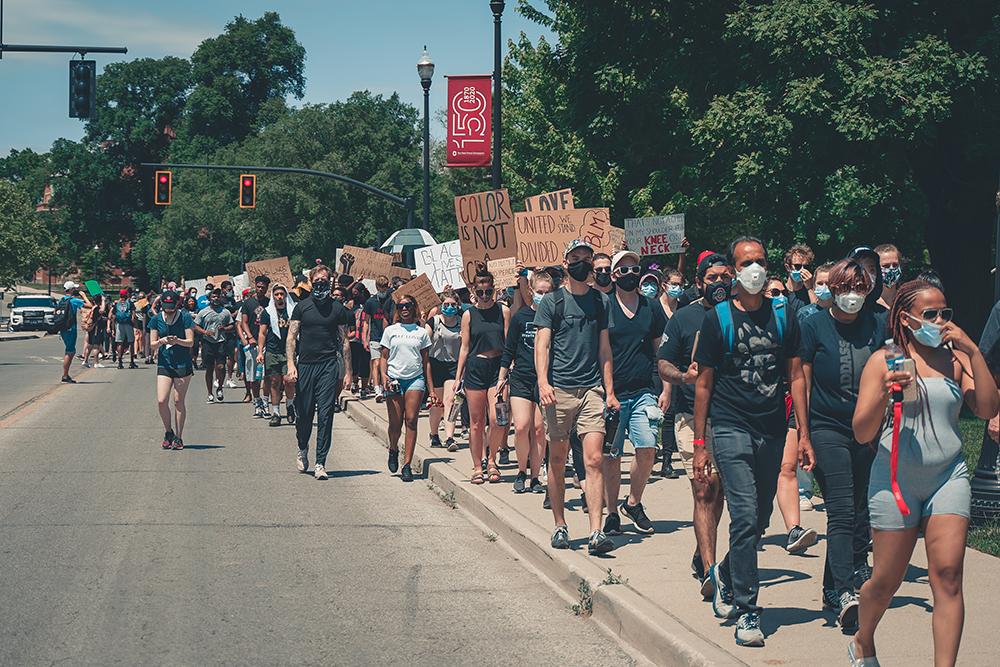 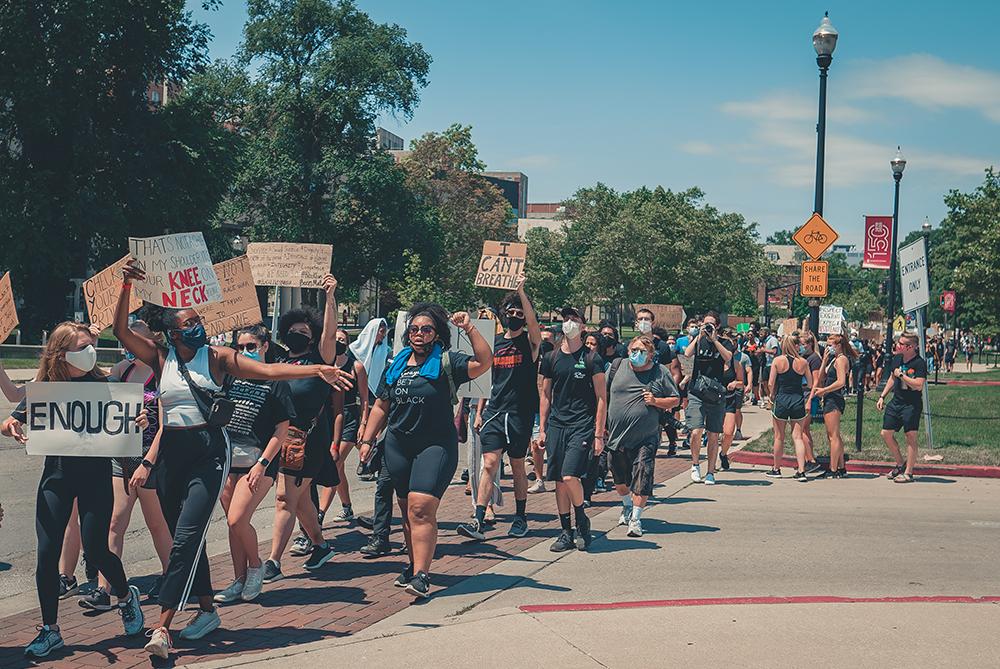 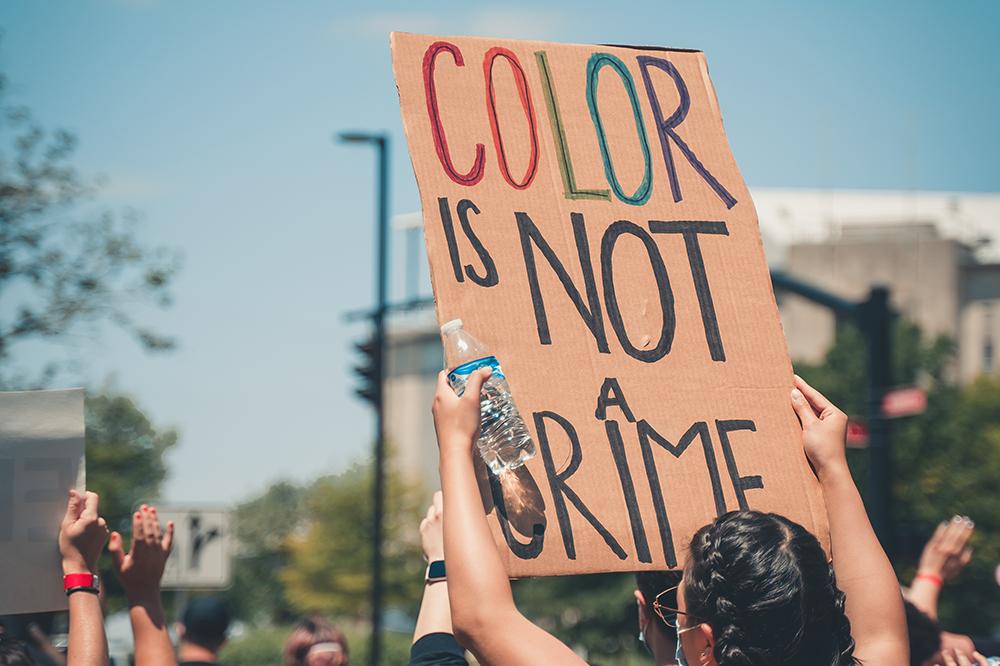 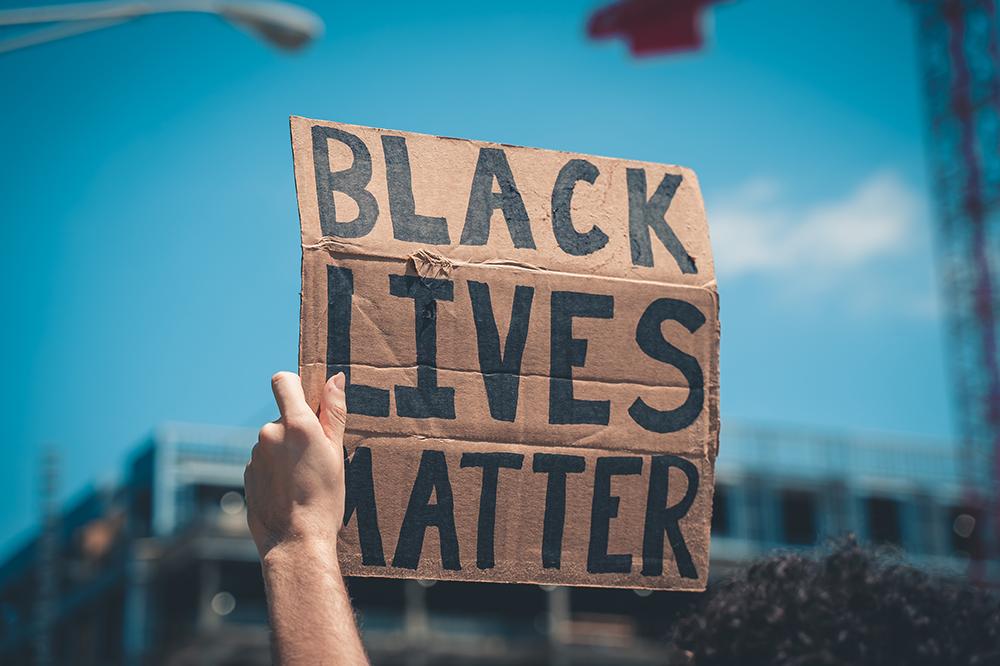 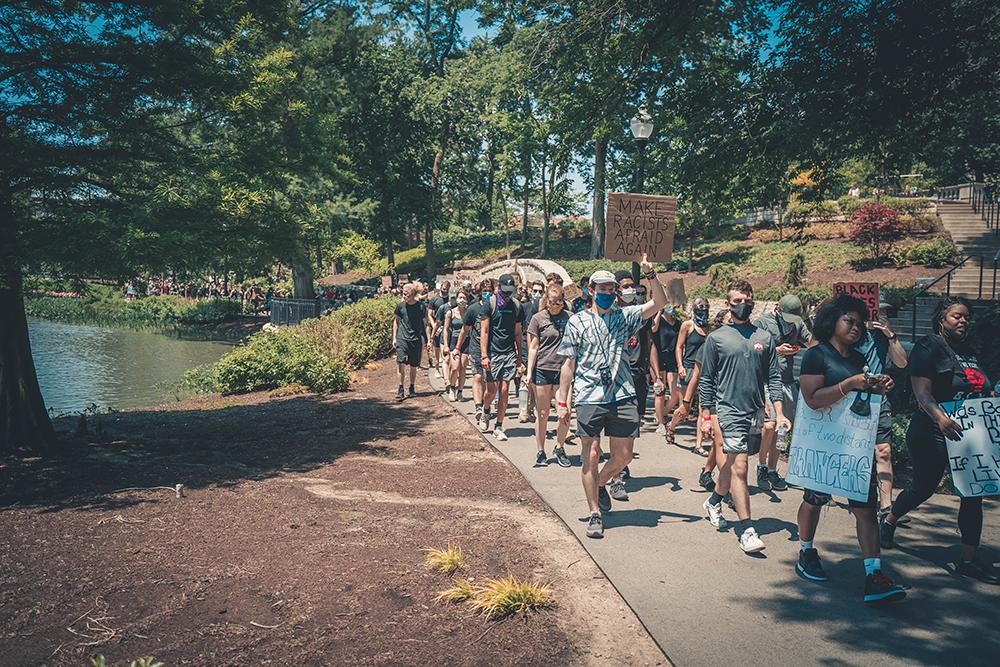 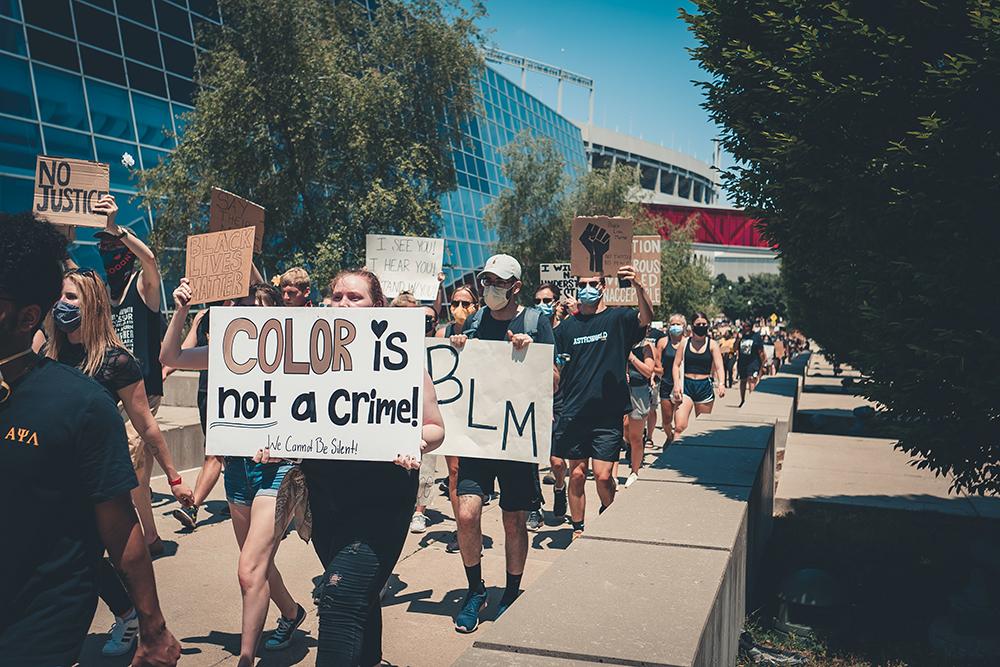