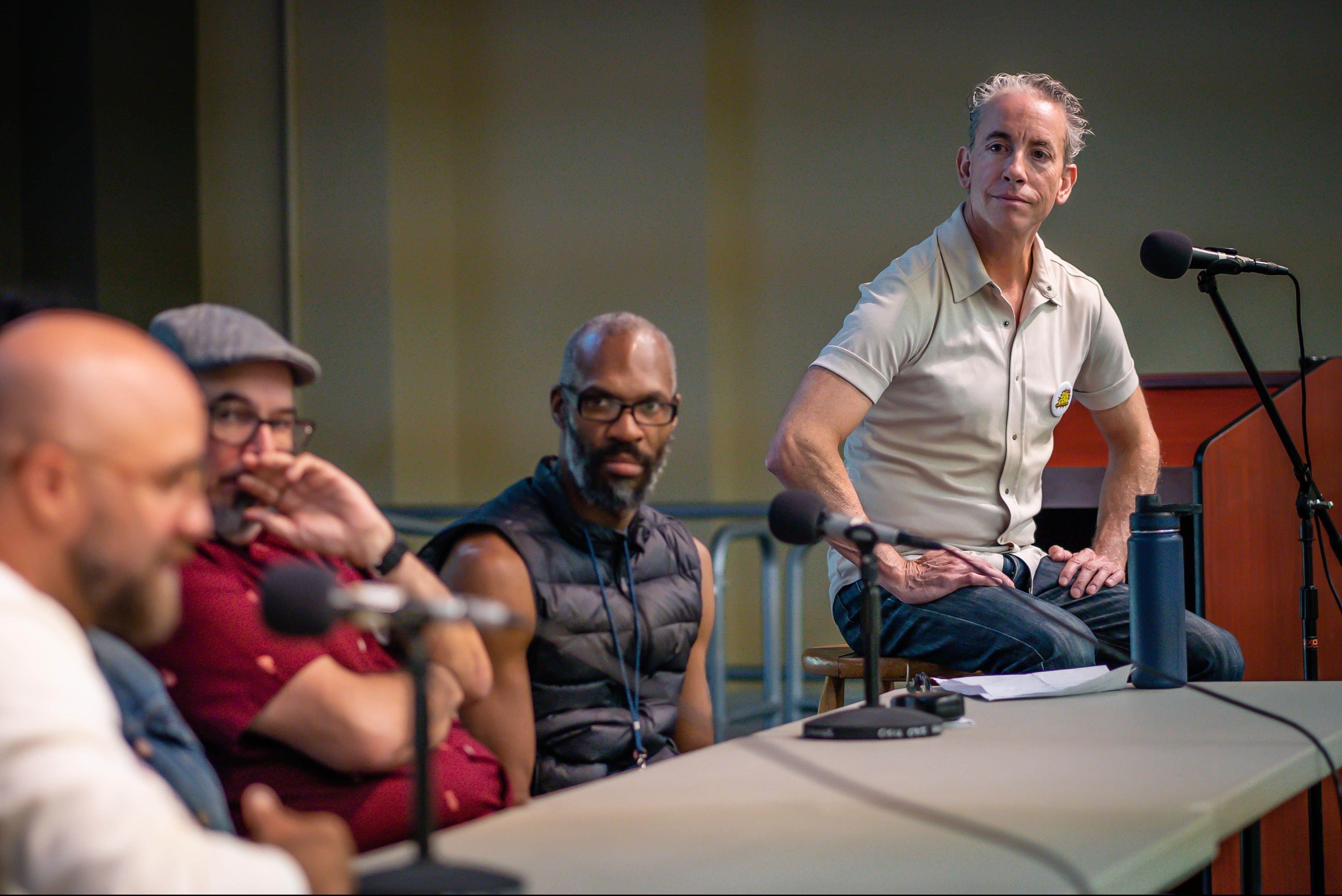 When Professor Frederick Aldama moved from Mexico to California as a boy, comic books were his doorway to a new English-speaking world. “My literacy came through matching words to images,” he said. “They really allowed me to build my vocabulary in English.”

Captivated by the pen and ink panels, Aldama went on to base his scholarly career on exploring Latinx cultural phenomena including film, literature, TV, music and, yes, comic books. Now, the acclaimed scholar is the driving force behind SÕL-CON, the Brown and Black Comic Expo taking place on September 25 in Sullivant Hall and September 26-27 in Hale Hall. He sat down recently to answer a few questions about the wonder of comics and the importance of this expo and workshop extravaganza.

Why did you decide it was important to start SÕL-CON in 2015?

“I noticed that African-American and Latinx kids didn't have opportunities to do things together and learn from each other and build strength in our collective affirmation. What better place to clear a space in and through comics? Comics are for everybody, for kids, for young adult, for us, for our community. Comics that tell our stories and where we can share our stories.”

A highlight of SÕL-CON are the workshops where young students learn from professional comic creators. Are the students who come usually already interested in comics or are they getting exposed primarily through SÕL-CON?

“Some of the parents will actually take their kids out of school because they know they have a budding comic creator. Other times they are just kids, we just dip the bucket in the stream and pull them in. Most arrive without knowing much about comic book storytelling, but leave knowing they can tell their stories this way.”

So what is new and different this year at SÕL-CON 2019?

On Wednesday, we have for the first year the SÕL-CON student symposium all day at the Billy Ireland Cartoon Library. We are going to feature the scholarship of our students around issues of race, gender and sexuality in comics. We have some leading minds who are going to come to listen and offer feedback to grow their scholarly interests in that area.”

The Billy Ireland Cartoon library is an incredible resource on our campus, but its archive doesn't include many Brown and Black creators. Does SÕL-CON show a need for a broader collection?

“Let me say how awesome the cartoon research library is—it's the largest holding of cartoons in the world, and it has a really specialized interest. People come from all over the world to do research there. But they do need to diversify their collection because it's not very representative of the planet and the planet's population. They have been extremely supportive of SÕL-CON, they are amazing, but there is still a lot of work to do.”

What does a successful SÕL-CON look like to you, is it continuing to grow the numbers of people who visit the expo?

“I define success not in terms of numbers, but the numbers are robust. I define success in the smiles, the questions, the curiosity, the engagement with our creators and the comics themselves. It's about the richness of learning and encountering a living breathing resource archive and seeing that doesn't have to be something hidden away in a dark library space. It can be light-filled and sound-filled expo space with these living breathing creators that are transforming the world.”

Listen to WOSU story on SÕL-CON