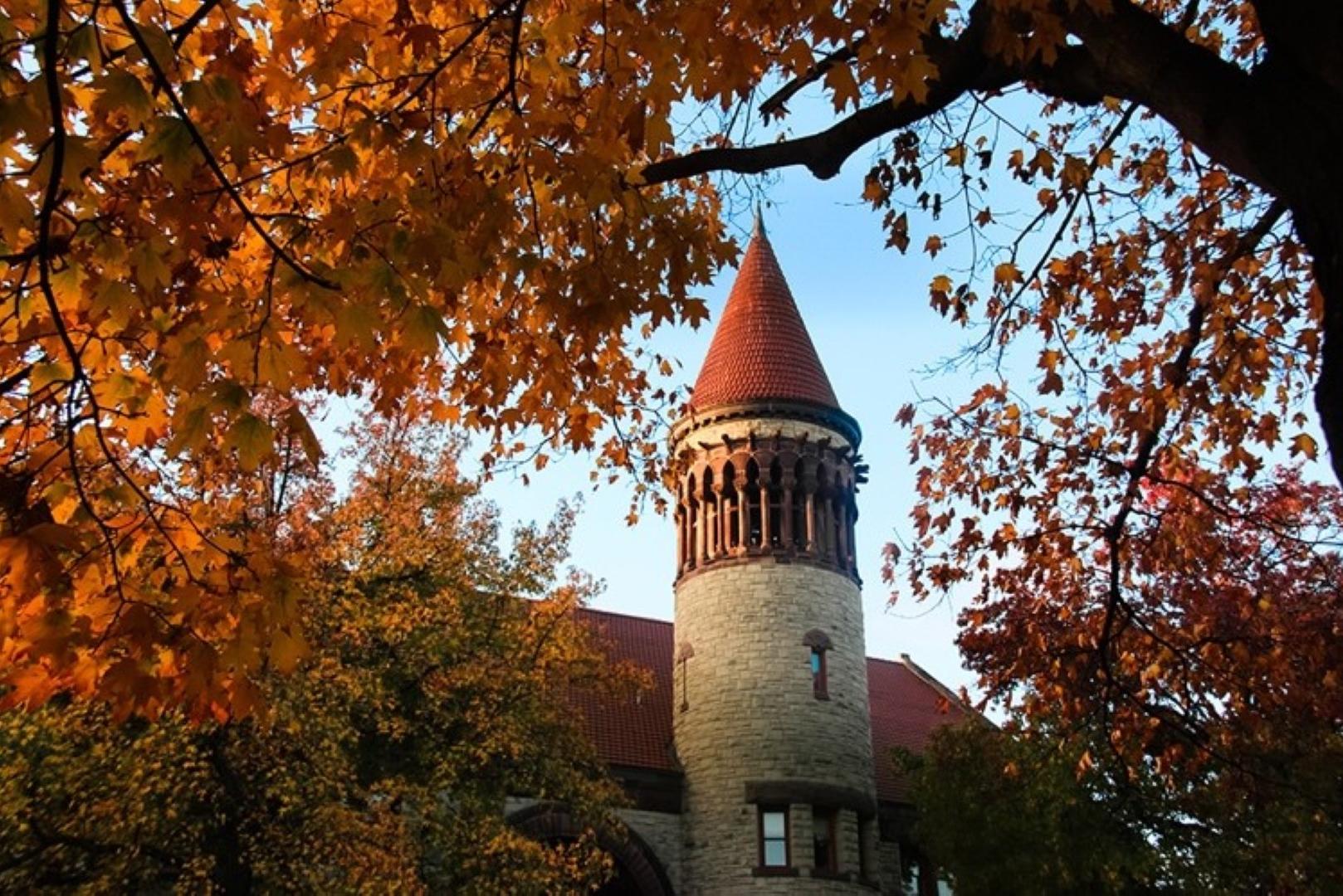 Classes must have just gotten out because the sidewalks are busy. People dodge each other to get to the correct diagonal sidewalk to get them closer to their next destination. Most people walk with a least one other friend, probably talking about the class they just got out of. Or they are walking by themselves with headphones, the majority with sneaky AirPods in. You could tell it was the first day it was actually cold on campus. You could tell because most of the guys were wearing sweatpants and sweatshirts or hoodies, instead of toughing it out in shorts and t-shirts like they weren't freezing.

When the cold snap officially happened, a friend of mine–and fellow Morrill Scholar–Arnaud Dahourou, texted our friend group chat, “the way that everyone pulled out their fall fits and it's a fashion show.” All 15 of us in the group chat couldn't help but laugh and agree with the fact that he was right. Since the temperature has stuck between 50 and 70 degrees over the past few weeks, everyone has pulled out their fall closets that they probably brought back from fall break and are wearing their best outfits yet.

The pieces worn the most are the obvious and most comfortable sweatpants, sweatshirts, hoodies, most with some Ohio State design on them or another Big 10 school–those people definitely get a lot of side eyes on their walks to class. If it isn't OSU, it's Nike, Champion, Adidas, or some other athletics brand; the side eyes were on them too. You can't blame people for wanting to be as comfortable as possible; they probably have four classes every other day and will be doing homework at Thompson Library until close to midnight only to return to their dorm to continue doing homework until 2 a.m. Or, they're wearing sweatpants and a sweatshirt because they had an 8 a.m. and woke up five minutes before leaving for their class. A lot of my friends fall into the latter category, but almost all of them return after their first class to change into an outfit made for a streetwear fashion Instagram page.

The people who don't wear sweats or change out of them, are the students consistently participating in the daily fashion show. Surrounding the many hoodies, you'll find a range of style from vintage grunge to modern streetwear to professional chic. These outfits are so stylish and cute that you hope they didn't find their burgundy corduroy cropped jacket at a thrift shop so you can go buy it yourself. Or, that the person with the gray Kappa joggers did find them at a thrift store and didn't buy them online for $51.

As the temperature has continued to fluctuate, not only do the styles have a wide range, so does whether or not people appear to be dressed for the same temperature. You can tell the people who aren't from cold areas, as they look the same as the people who just straight up hate the cold. They poke out among the people wearing t-shirts and jeans because if you turn your head slightly to the right, you'll see somebody else wearing a coat with a sweatshirt underneath. I always assume that these people are from California or Florida, places that don't get colder than 50 degrees during the fall or winter. They probably had no idea what they were signing up for coming to a city that was a part of the polar vortex last year. I just hope they have something heavier than their bright red Columbia coat for when it's zero degrees and snowing.

We can't forget to mention the shoe choice during this season. Gone are the flips and sandals, for the most part. I'm positive of this because a girl in one of my classes only wore flip flops up until the day it stayed in the low 70 degrees. Now she only wears black Doc Marten's, a popular choice among many of different styles, including mine. Along with Doc Marten's combat boots, you can see other classics on the sidewalks like Nike Air Force 1s, Old Skool and Slip-on Vans, and, for the brave people, Birkenstocks with thick socks. Overall, it's pretty clear that the weather is changing, and so is on-campus fashion.