The next phase in the journey: Frederick Aldama 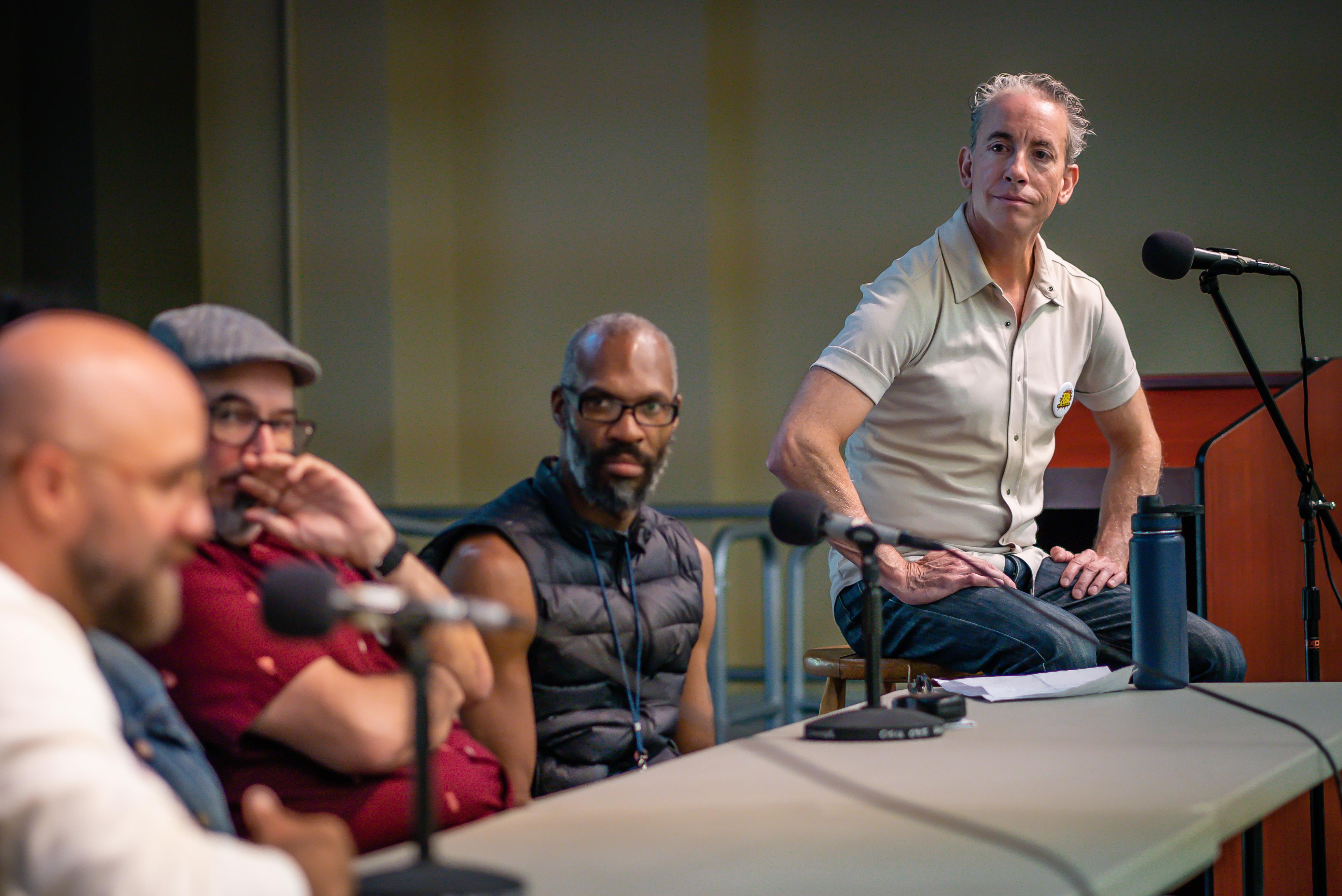 The next phase in the journey: Frederick Aldama

Since arriving on the campus in 2005, Professor Aldama has carved significant new paths for Latinx student mentoring and outreach here at the Office of Diversity and Inclusion (ODI).

Aldama is founder and director of LASER: Latinx Space for Enrichment & Research housed within the ODI. LASER created pathways for Latinx high school students to attend The Ohio State University and for undergraduate and graduate students from a variety of disciplines to meet regularly to puzzle solve real, everyday issues facing our varied Latinx population.

Since its founding in 2009, LASER has evolved from a modest mentoring program to today's wide-root network of LASER Hubs in high schools across Columbus with pipelines to Ohio State, webs of internship programs for Ohio State Latinx undergraduates, nationally recognized signature events, and admissions and professionalization workshops. Aldama's creation of the LASER/Cardinal Health Internship has led to incredible opportunities—and jobs—for our Latinx undergraduates.

LASER's success at building deep partnerships with the education and city commission partners, along with partnerships with Fortune 500s such as Cardinal Health and Nationwide, has led to external, long-term monetary and human resource support for LASER. These partnerships have led to LASER's sustained impact in the community and to LASER becoming an emblematic model for university-community partnerships that create pathways for Latinxs to college. Indeed, a former OSU PhD launched LASER West at Utah State University.

In collaboration with community partners, LASER has realized one of ODI's central goals: creating “access, affordability, and excellence” at Ohio State. The deep ties Aldama has cultivated with education, government, and corporate community partners created a development fund for LASER undergraduate and graduate students. These funds have provided professionalization grants to LASER students and created a space of positive affirmation.

Aldama's creation of the ODI co-sponsored – along with the Center for Cognitive and Brain Sciences – Humanities & Cognitive Sciences High School Summer Institute (Hum-Cog) awards scholarships to working class students of all diversity backgrounds. OSU undergraduate and graduate student Team Leaders lead pods of diverse high school students on exploratory paths that connect the humanities, everyday experiences (from reading books to viewing films to meditation to exercise, for instance) and the cognitive sciences. Securing community partner grants and Ohio State's Arts & Sciences funding, Aldama has been able to provide scholarships to 95% of the 40 diversity high school students who matriculate every summer in Hum-Cog.

Aldama has had a lasting impact on and off campus with his yearly LASER signature events: SÕLCON: Brown & Black Comix Expo and Latinx Role Models Day (LRMD). SÕL-CON offered a symposium day for undergraduate and graduate students to present work on BIPOC comics as well as a day for K-12 Latinx and African American Columbus city school students to come to campus to learn how to tell their own stories in comic form and to meet and interact with BIPOC creators. Latinx Role Models Day (LRMD) brings 500-plus Latinx high school students to campus, meeting with and learning from Latinx role models from the university and the community.

Aldama's work for ODI has had deep and lasting impact on the lives of students on and off campus. One such undergraduate and ODI Morrill Scholar, Darius Gainer, recently shared with OSU's Department of English how Aldama's course and mentorship inspired him to write the book Black Representation in the World of Animation. After Darius received several rejections because he lacked the PhD scholarly bona fides, Aldama pushed open the door for Darius to publish his book with SDSU Press this summer 2021 (“Breaking New Ground: Exploring Black Representation In Animation”).

“Without the smart, generous, and loving colleagues, students, and staff along with OSU's upper administration's deep and far-reaching support, I would not be the teacher, scholar, and mentor that I am today!” he states.

After what Aldama calls “a heart wrenching struggle,” he made the difficult decision to take the next phase of his journey to the University of Texas, Austin. This summer he will join the Department of English and be appointed as the holder of the Jacob & Frances Sanger Mossiker Chair in the Humanities; he will also be Affiliate Faculty in the Department of Radio-Television-Film and Latino Media Arts & Studies. Aldama will launch his new DEI outreach initiative through the creating of his Latinx Pop Lab that will, he states, “bridge town and gown through the embrace of Austin's BIPOC creative and critical intellectual community.” He will teach courses on comics, film, Latinx pop culture, and digital culture and narrative wellness.

In recognition of all that Aldama has done for the Office of Diversity and Inclusion and its students, Dr. James L. Moore III, vice provost for diversity and inclusion and chief diversity officer stated: “Professor Aldama is a brilliant educator who has played a critical role in helping to shape many of the initiatives of this office. We wish him the absolute best as he embarks on a new chapter of his life at the University of Texas, Austin.”

ODI's Assistant Vice Provost Yolanda Zepeda, who worked closely with Aldama, said, “Professor Aldama cultivated a welcoming network for Latinx and other BIPOC students at Ohio State. He has been at the heart of our Latinx community throughout my years in ODI, and I will miss him dearly.”