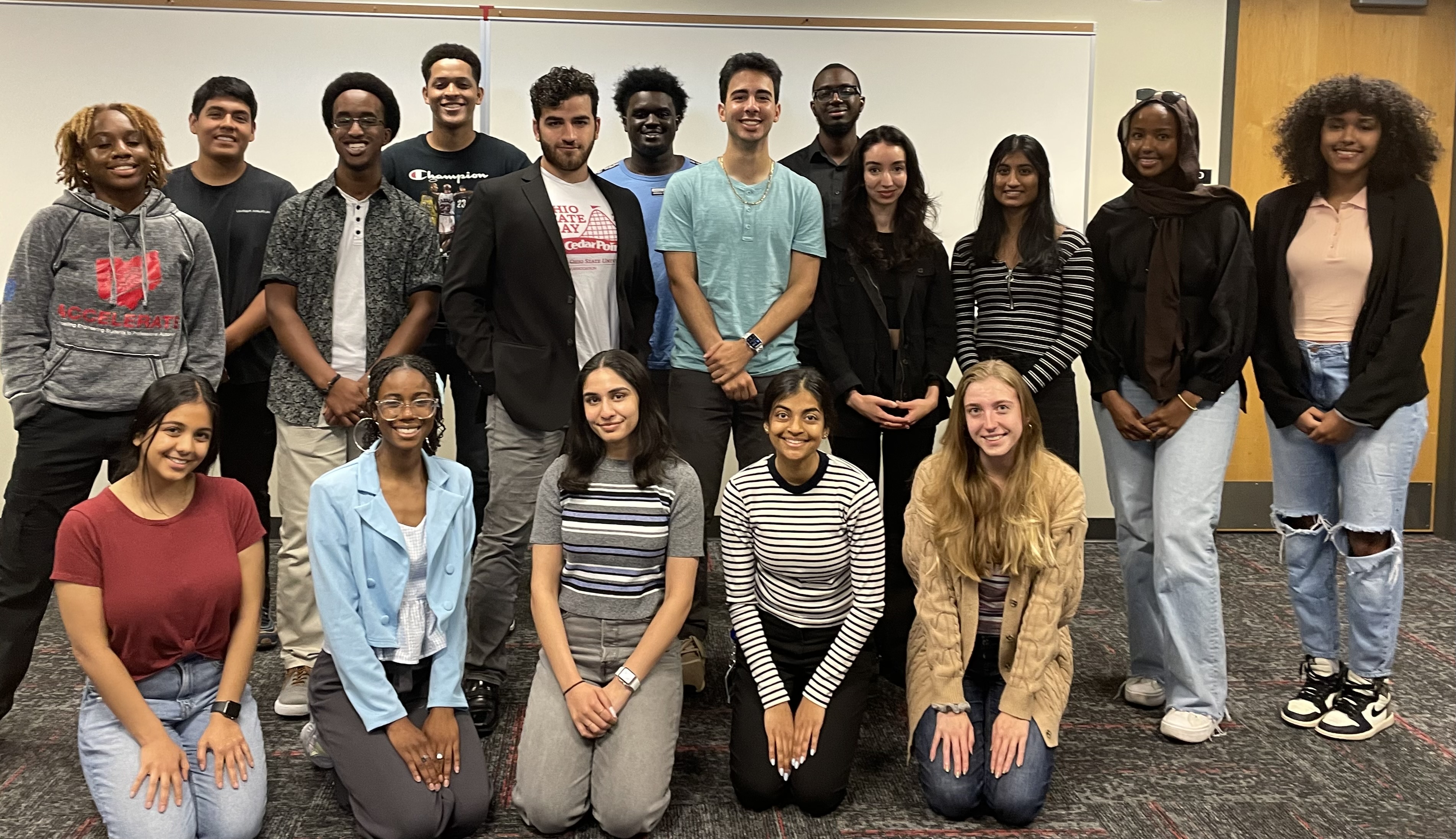 Folding DNA into different shapes and sizes on a cellular level under a high-powered microscope was all in a day's work at the physics lab this summer for Khushi Bhondwe, a senior majoring in biology.

“We were shocking the cell and making little holes in it so the (DNA) origami could enter it,” explained the Morrill Scholar from Chicago. “It was a really long process, but we were able to show the structures were stable.” Her DNA manipulation took place in a physics lab overseen by Professor Michael Poirer, chair of the physics department, as part of the Student Experience in Entrepreneurial Development (SEED) Program.

Bhondwe was one of 15 students—including 10 from the Morrill Scholarship Program and LSAMP—who are participating in the collaborative SEED program sponsored by ODI, the College of Engineering, and the Keenan Center for Entrepreneurship.

DNA manipulation on the nano level is a cutting-edge area of technology right now as scientists are studying ways to deliver drugs in a more efficient and less toxic way. “It's a way to target specific cells rather than a general area of the body,” Bhondwe explained.

While Bhondwe was shocking cells to slip DNA inside, other SEED students were hard at work in labs across Ohio State as well as at partner institutions Duke University and University of Pennsylvania. Their projects included slicing mice brain tissue to study how to insert DNA structures, designing and testing motion sensors monitoring how patients recover from knee surgery, and running computer software to see how DNA could be simulated and processed. The students gave short presentations on what they had learned in early September before their peers in Hale Hale.

Mia Jeter, a third-year Morrill Scholar majoring in neuroscience, said the real lesson from her summer work was in the wonder of science. “Science is like magic,” she said. “I saw something go from being completely liquid to glass in under five minutes. It was a lot more out of the box thinking then I thought.”

This year is the second year of the SEED program, which exposes historically underrepresented groups, including Black, Latine, Native American, women, first-generation, and individuals from low-income backgrounds to laboratory research, innovation, and entrepreneurship opportunities. It includes a 10-week paid summer internship with a research lab mentor along with follow-up programming including lessons in entrepreneurship throughout the year.

“The hands-on lab experience that these young STEM scientists get is the real key to this whole program,” said Robert Decatur, director of the Morrill Scholarship Program. “We were thrilled to be able to expand it this summer and offer more opportunities to more students.”