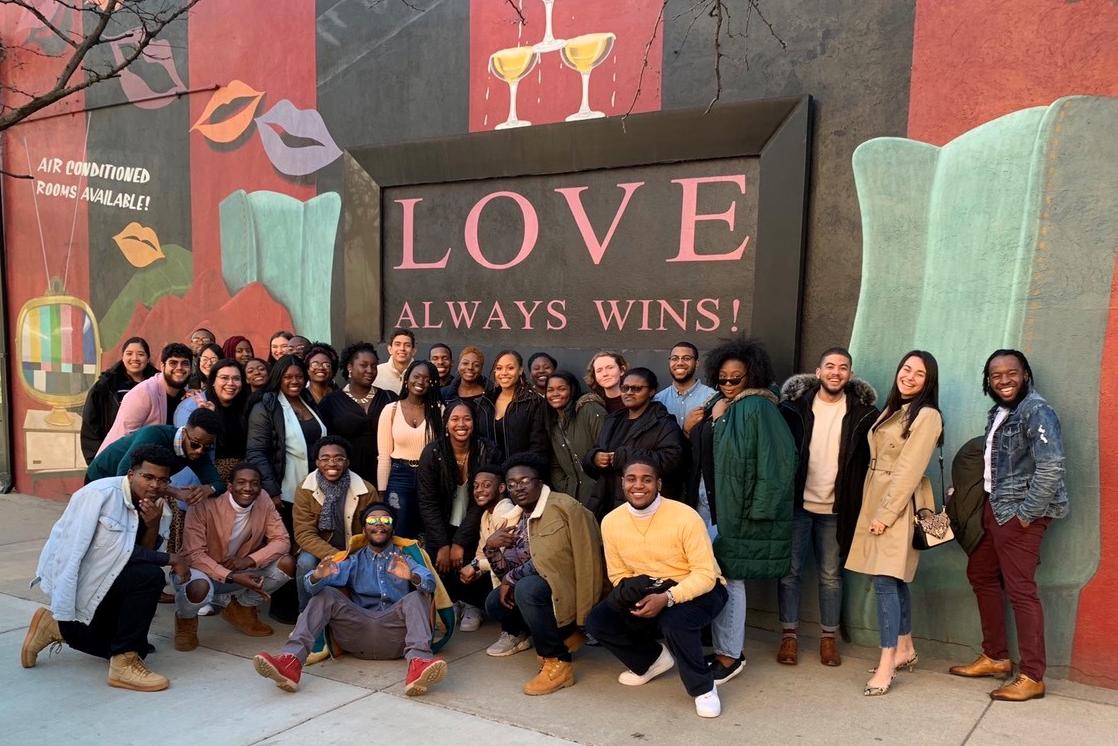 Ralph Cochran can be a popular guy.

Tucked away on the garden level of Hale Hall, Cochran's office can get hectic as students seek his advice or just drop by for a quick word with the gregarious program manager for the Morrill Scholarship Program (MSP). “My cubicle is like Grand Central Station,” Cochran said. “That can be an issue when someone needs some one-on-one time. Sometimes, I have to close my gate and say, ‘Ok, let's see what's going on with you.'”

The daily interaction with students is what Cochran has enjoyed the most during his four years working with MSP students, first as a program coordinator before snagging a promotion in early 2020. “There's no cookie-cutter formula with MSP students. They are passionate about so many different things—that's how I learn so much from them,” he said. “They are definitely the best part of this job, hands down.”

A Youngstown native, Cochran landed in Columbus for his undergraduate education, earning a psychology degree from Capital University in Bexley. During his undergraduate days, he worked for the university's Multicultural Affairs Office and also volunteered time as a tutor in Sullivant Gardens, a gritty neighborhood on Columbus's near West Side. Cochran said his volunteer work helped him stay connected to his upbringing in Youngstown, one of Ohio's most economically-challenged cities.

“I was doing well in my classes, but that version of Columbus didn't feel like home,” he said. “Once I started volunteering, you could tell there was a need for it and that it was important me and to the participants.”

Originally interested in using his psychology degree to work as a criminal profiler, Cochran backed away from that idea after finding out that he would first need to earn his stripes as a law enforcement officer. A conversation with a key mentor at Capital University—Multicultural Affairs director Davida Haywood—turned his thoughts to a career in higher education. “She told me to look at what I had been doing for the last four years, I had cultivated a background for higher education and student affairs and asked me if it was something I would want to do full-time,” Cochran recalled.

That conversation eventually led to Cochran's heading to Mercer University in Atlanta, where he earned a master's degree in higher education leadership in 2015. At Mercer, Cochran dove into research on the impact that faculty and staff of color can have on degree attainment for historically underrepresented groups.

“That research showed that a lot of success of minority students could be credited back to faculty and staff that looked like them,” he said. “It made me realize how impactful someone who looked like me could be in higher education.”

Cochran's job as program manager puts him in the mix for “anything beyond the application process”: from helping students get financial aid straightened out, academic success coaching, developing the social justice programming to just lending an ear when a student needs to talk, Cochran said.

A key component of the program is the alternative spring break topic and location that Cochran's team must decide on. This past spring, the group took about 40 MSP students to Chicago to study homelessness. While in the Windy City for a week, the students met with a city alderman, housing association officials, homeless advocates and got involved working on a transportation unit for the homeless and in a warehouse packing food and household supplies.

“I realize that I'm not an expert on everything; I try to educate the students from those who know best,” he said. “To give the students the exposure to learn what communities are doing well to tackle social justice issues is super important.”

A first-generation college graduate, Cochran said he sees himself sometimes in the nearly half of MSP students who are the first in their families to go beyond high school. “Being able to navigate everything that they have to isn't an easy feat,” he said. “There's just so many more additional steps to stay competitive in today's world.”