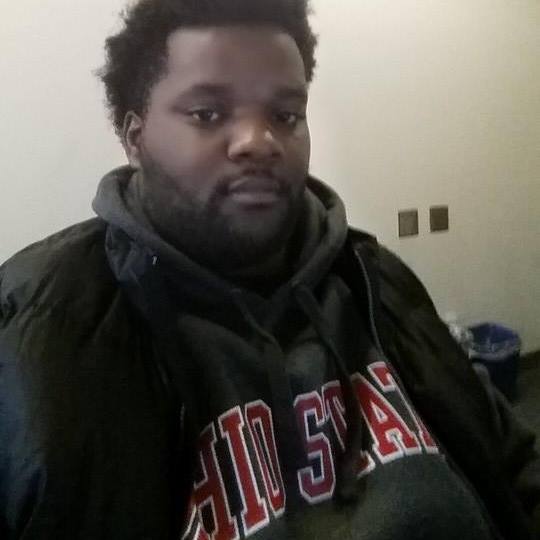 Growing up in Memphis, Tennessee, Korrie Johnson had plenty of support from family and friends. “I had people who looked like me to serve as role models, give me support and tell me that I was going to do great things.” So when Korrie made the decision to pursue a PhD, he knew that it would be very important for any university he chose to have an active diversity unit. “I was used to having a strong support system and would need that same kind of support at school, because wherever I went, I knew I would be a minority.” he said.

Having sent applications out to several colleges and universities, Korrie was accepted into seven PhD programs. To help him decide which school he would attend, Korrie searched the websites of each of the potential schools to find out more about any black graduate student programs on their campuses. This narrowed down the schools to just a few, including The Ohio State University. On a visit to Ohio State, Korrie had a break during his tour and ended up visiting Hale Hall and the Office of Diversity and Inclusion's Frank W. Hale Jr. Black Cultural Center. What impressed him about the Hale Center was the activity he saw once he walked through the doors. Korrie immediately felt at home, and that was enough to make him realize that he would move forward in his academic journey as a Buckeye.

Once admitted to Ohio State, Korrie was able to see and feel just how much support he would have during his academic journey. Before school even started, Korrie attended the Office of Diversity and Inclusion (ODI) Minority Student Orientation on August 28, 2014. The annual orientation offered a chance for new and returning underrepresented graduate and professional students to network with students from other academic units at Ohio State. Korrie also became active in the Black Graduate and Professional Student Caucus.

Through all of these organizations, programs and events, Korrie received the same level of support he was used to in Tennessee and had the opportunity to meet fellow grad students, peer mentors, and role models. All have given him guidance, support and advice that will help him handle the pressures associated with getting his doctorate. “I've learned that I can't forget where I came from and the people who helped me along the way. I also realized that I can't let fear make me lose who I am,” he stated. As for the responsibility to earn his degree, Korrie acknowledges that although getting his PhD was important to him, he's earning that degree for others, too: “Most of my friends didn't have the opportunity to earn a PhD. They would want me to finish my degree. I'm representing my whole community.”

Before receiving his PhD, Korrie was offered a job at the Census Bureau, but remained determined to finish his dissertation and graduate from the Department of Sociology, a field he chose because he was raised with an awareness of inequities and racism. “Working at the Census Bureau was my dream job so when the opportunity presented itself, I took it, but I would not encourage everyone to work a full-time job while writing a dissertation!”

Although he admits it was hard work, Korrie was able to complete his dissertation, graduating from The Ohio State University in May 2018. He has plans to stay an active scholar and publish from his dissertation and support other students and candidates who are interested in non-academic jobs as well as government institutions.

Currently, Korrie is living in Prince George County, which he enjoys. “There are always opportunities for activism and growth, so I am slowly but surely taking advantage of the opportunities. Once I actually graduated, I realized that I was exhausted for the strains of pursing my PhD. I'm grateful to be 28 with a PhD and a career, but the mental, emotional, and physical sacrifices that I made fell heavily on me the moment I allowed for myself to metaphorically breathe.”

Now engaged, Korrie says he is spending more time with his friends, and learning about “taxes, retirement, investing, housing, and every other adult thing people my age should know.” And he enjoys his work: “I see myself retiring from the Census Bureau. I really like the DC area, I like my work, and I like the people I work with.”