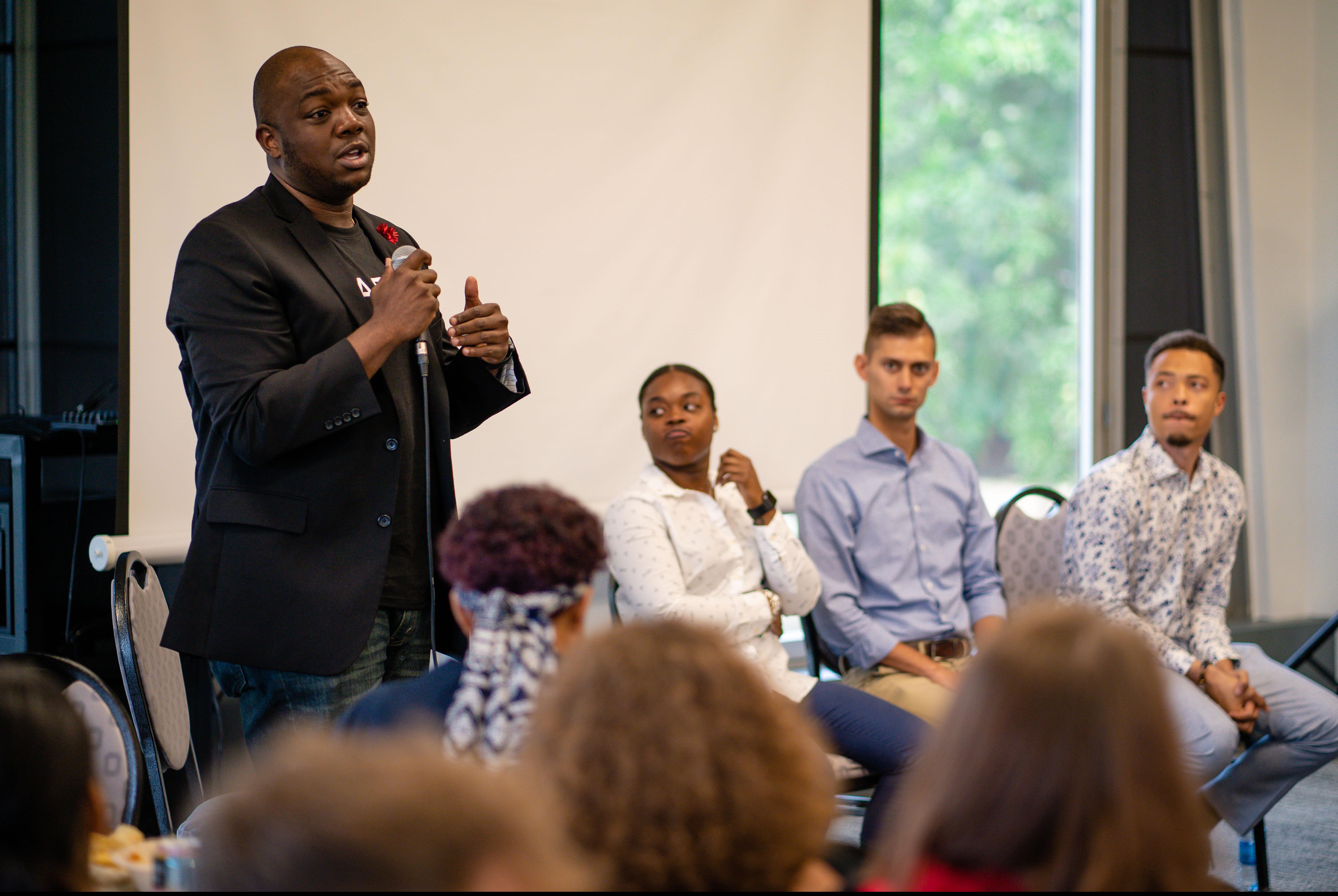 That was more than a classic Tupac song for Young Scholar Program (YSP) students on August 12th as they trundled across campus with a surprise gift from JPMorgan Chase in the form of carry-on, rolling suitcases.

The airport business look giveaway from the Central Ohio banking giant was one of the highlights of a pair of special orientation sessions held in mid-August for YSP students at the Drake Union and for Morrill Scholars Program students at the company's Polaris headquarters. The surprise gift from JPMorgan Chase left the incoming freshmen excited to use their suitcases. “It's really nice,” said Young Scholar Jasmin Rice of Cleveland as she sized up her new luggage. “It's going to be convenient when I head home, because I didn't bring any luggage, just a bunch of bins and bags.”

Also on tap for students at the orientation sessions was a panel discussion involving recent Ohio State graduates who had gone to work for JPMorgan Chase, as well as a financial literacy session. During one of the panel discussions, former 2018 YSP graduate Emori Watterson advised the students that college would challenge them academically. “I really had to teach myself to study and keep up with the fast pace,” said Watterson, who now works as an analyst for JPMorgan Chase.

Others on the panel urged the students to start setting long-term goals in their first weeks. “Have an idea of who you want to be and where you are,” said Samuel Hodge, a performance consultant with JPMorgan Chase who graduated in 2014 from Ohio State. “Take the time to be introspective and think about where you want to be in five years.”

The mid-August kick-off sessions with the students is part of an innovative partnership between JPMorgan Chase and the Office of Diversity and Inclusion that includes special programming and internship opportunities.