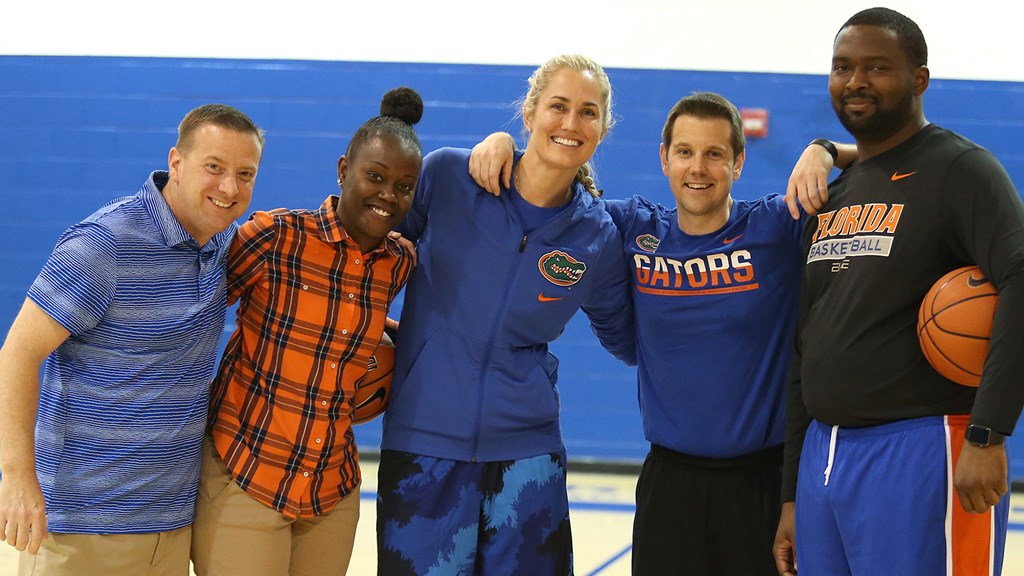 John McCray (pictured, left) lives and breathes college athletics and the college environment. He provided video and recruitment assistance at The Ohio State University's basketball program. He served as a Graduate Assistant at Saint Joseph's University and an Assistant Coach at the University of Tennessee at Chattanooga before landing his current position as the Assistant Coach for the University of Florida Women's Basketball team. Yet he admits that, as a young student, higher education wasn't a concern. “At that time, I wasn't even thinking about college,” says McCray, a Cleveland native and former high school basketball player. “So that's what Young Scholars did for me. It opened my mind up.”

The Young Scholars McCray speaks of is Ohio State's Young Scholars Program within the Office of Diversity and Inclusion which focuses on preparing young students with financial need from Ohio's nine largest urban school districts for the college environment. Throughout junior high and high school, these students, who must also be the first of their family to receive a bachelor's degree, benefit from the program's many services which include mentoring and academic advising, eventually culminating in a generous financial aid package to attend Ohio State.

“I was in 6th grade, and it was my math teacher who gave me the application, and he told me a little bit about the program.” McCray recollects. He also divulges that, before that moment, he had not actually conceptualized how to prepare for college or even contemplated what happens after high school. In this way, the Young Scholars program taps into a very specific need in low-income communities around Ohio. Beyond providing financial advantages, the program ushers young, college-bound students through a process with which their own peers, friends, or family members, as well-intentioned as they may be, are often unfamiliar. McCray remembers positive experiences with the field trips, ACT preparation courses, and the workshops arranged by the program. “They were all beneficial. There was never a time when I had a Wednesday night workshop or a Saturday workshop where I felt like ‘this is a waste of my time,'' McCray explains as he remembers the helpful time management and study habits he picked up through the years. Upon enrolling at Ohio State, McCray majored in Sports and Leisure Studies with the goal of becoming a college basketball coach.

Flash forward a decade later, and McCray is living his goal as the Assistant Coach for the University of Florida's Women's Basketball team, a position he finds particularly rewarding. John speaks warmly about being able to witness the mental maturation process as it intertwines with, and often eclipses, a student's athletic abilities. “When you come in at 17 or 18 years old, and you leave at 22, you're not the same person. During those four years, you start chipping away at different habits,” John states. He also notes an admittance he tends to hear in repetition from former athletes with whom he still keeps in touch: “I really didn't understand why you were saying that to me then, but now I get it.”

John fondly recalls a specific athlete from a few years ago who has grown by leaps and bounds. “She was a very immature kid in college.” But before a trip abroad, she and McCray had a conversation that he found especially fulfilling. John stated to her candidly, “You have to prepare for what's next. This basketball stuff is going to end. What do you want to do with your life?” The student responded that she wanted to get out into the world and network. “Just hearing her use that word ‘network.' She never used that word in college,” McCray remembers. John says that these signs of growth and self-development, both small and large, are his favorite part of working with student-athletes.

In closing, John gives wise advice to any young students involved in the Young Scholars Program, recommending that they make use of all the connections to be made. “Recognize the power of the people around you,” he advises. “It really helped me get to where I'm at today.”