An interview with Justice Alan Page 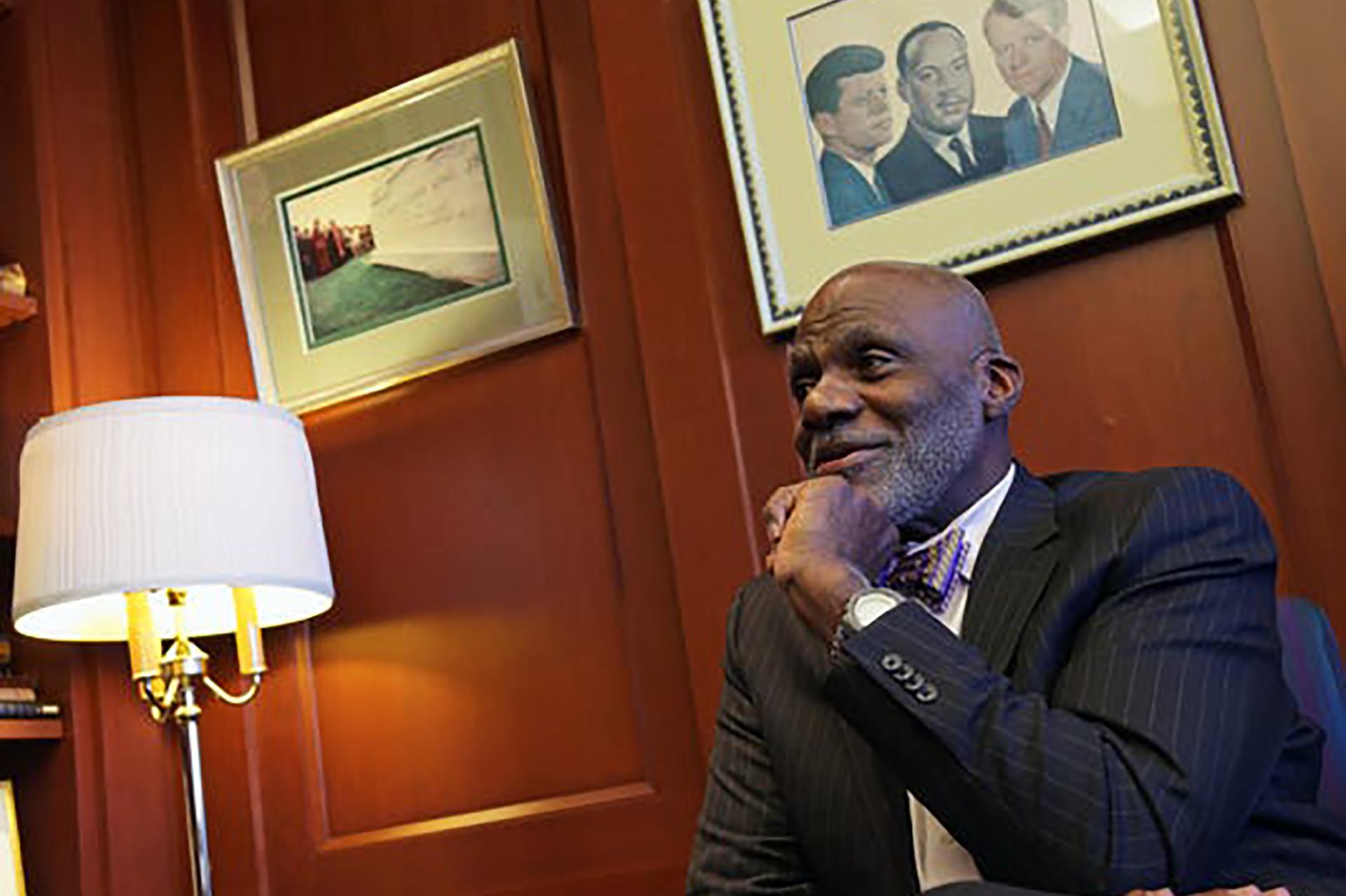 An interview with Justice Alan Page

Long before Alan Page became an esteemed justice on Minnesota's highest court or a Hall of Fame NFL defensive tackle, he was just a child growing up in Canton, Ohio captivated by the rapidly changing world around him.

In Montgomery, Alabama, Rosa Parks was refusing to give up her seat to a white man on the city bus, and in the halls of the Supreme Court NAACP lawyers were fighting to tear down segregation through landmark rulings like Brown vs. Board of Education. Page was too young to fully understand what these events meant, but he instinctively knew he wanted to be part of this fight against discrimination.

“When we discriminate against people solely because of who they are it's not right, it's not fair, it's not just and it's not rational. And that's something that somehow I understood very early on,” said Page during an exclusive interview. “So growing up in that era, it was hard not to want to be involved and engaged.” Page visited campus recently to speak about his life and times to Ohio State students, faculty and staff in mid-November as part of the President and Provost's Diversity Lecture and Cultural Arts Series.

While Page would first make his mark on the gridiron as the Hall-of-Fame member of the 1970s fearsome “Purple People Eaters” defensive line of the Minnesota Vikings, this deeper yearning for justice propelled the Notre Dame graduate to law school while still an NFL player. Page said the skills required to be a good football player transfer over easily to the courtroom. “Both take being able to analyze problems and to focus on that problem and work to solve that problem. Both require the ability to make decisions and act on those decisions,” he said. “Yes, one involves knocking people down and the other doesn't, but I think the skills that allowed me to perform in one have allowed me to perform in the other.”

After his 15-year NFL career ended, Page plunged headfirst into law in private practice and then tackled an eight-year stint as Assistant Attorney General in Minnesota. In 1992, Page ran for the Minnesota Supreme Court where he was the first African-American elected to the state high court. He ended up serving four terms as an associate justice before being ushered into retirement in 2015 because of Minnesota's mandatory age limit law for judges.

Yet, for all his accomplishments in the legal practice, Page seems most proud of his Page Educational Foundation, a scholarship program which has sent more than 7,500 students of color onto higher education over the past three decades. “Education is a tool that will help people be successful in life,” he said. “Whether it's at Ohio State University or a vocation or technical schools, everybody is different in that respect, but the more education you can get, the more you are likely to achieve what your hopes and dreams are.”

For Page, his greatest goal in life—his reason for being—has always been about trying to “bend the arc” of the moral universe toward justice in the celebrated words of Martin Luther King Jr. “Each one of us has the ability to do that in different ways, your way may be different than my way,” Page said. “But we all have that power, and I think we have to be intentional about bending the arc.”