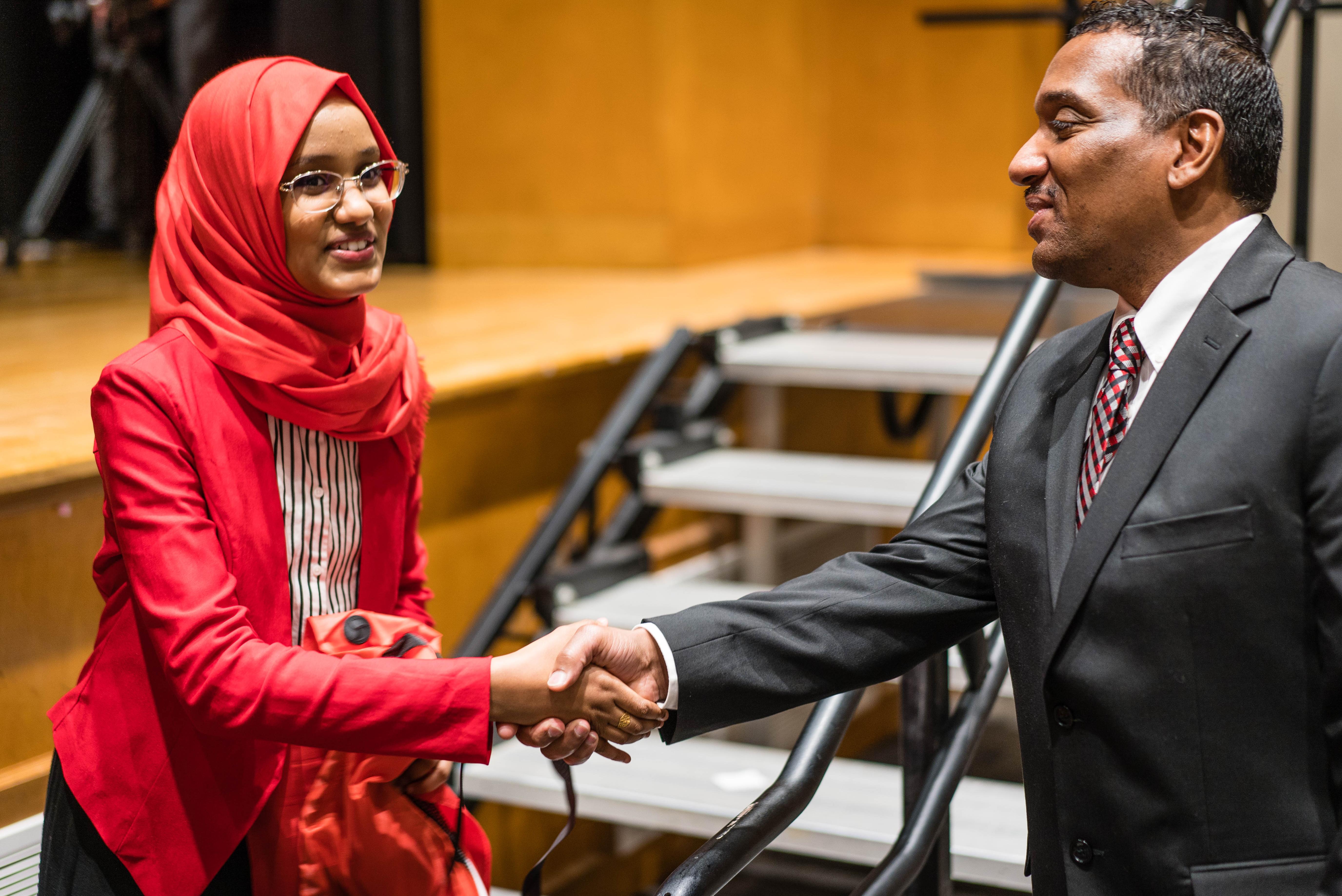 Aisho Ali was in for the surprise of her young life.

Honor Society classmates, the students were greeted by a throng of well-dressed visitors to their Columbus-area school.

Principal Timothy Donahue was there, and so was National Honor Society Advisor Shelley Mann and a few familiar-looking Franklin Heights school board members. But who were these other people in suits and what about those photographers snapping away? What was this surprise assembly about anyway?

A few minutes later, the incoming 2019 Morrill Scholar found out the hoopla was for her—Ali was the national winner of the prestigious National Honor Society Scholarship. Out of more than 11,000 applicants from across the country, she was the winner of the top award of $25,000, becoming the first African-American to take the national honor since it began in 2005.

“I definitely knew something was up, but I didn't know what it was,” Ali said after the shock had subsided. “Honestly, I thought I was getting new headphones; I know that sounds weird.”

In the fall, Ali will become the newest Buckeye in her family as she joins her older sister, Maryam, on the main campus of The Ohio State University. She's planning on studying pharmacy—in fact, she had to bump back her interview for the school's early admission program to collect her scholarship. “I love OSU so much, so the chance to go there is kind of fun,” she said. “I‘m excited to be there.”

Her older sister also can't wait for Aisho to join her in scarlet and gray. “I know when she gets there with me I'll have more support,” Maryam said. “She kind of inspires me a little bit.”

Ali's scholarship application impressed judges because of her leadership roles in high school and tireless community service including helping young children with reading, preparing food for the homeless and beginning a UNICEF chapter at Franklin Heights, according to officials with the National Association of Secondary School Principals, the group awarding the scholarship.

But what really set Ali apart was the volunteer work she did as part of Ohio Attorney General Mike DeWine's Teen Ambassador Board. “Helping to work on stopping the opioid epidemic is why I decided to join the teen ambassador board, and…we get to propose policies that can help students like myself around Ohio,” Ali said. “I got into OSU for neuroscience, but I changed my mind to pharmacy because working on solutions to the opioid epidemic is more in my lane.”

As Ali heads off to Ohio State this fall, she already has the long-term goal of donning a white coat and stethoscope someday. “I don't know exactly how I'll tie pharmacy school into medical school, but it's definitely a goal to go to medical school,” she said.

And no one will be surprised when she does make it. 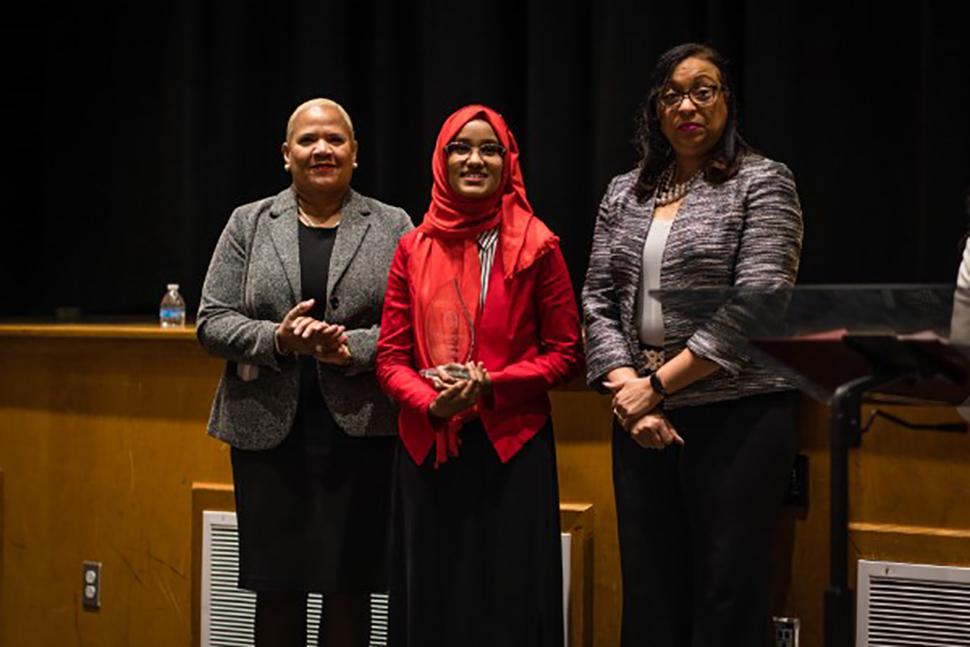 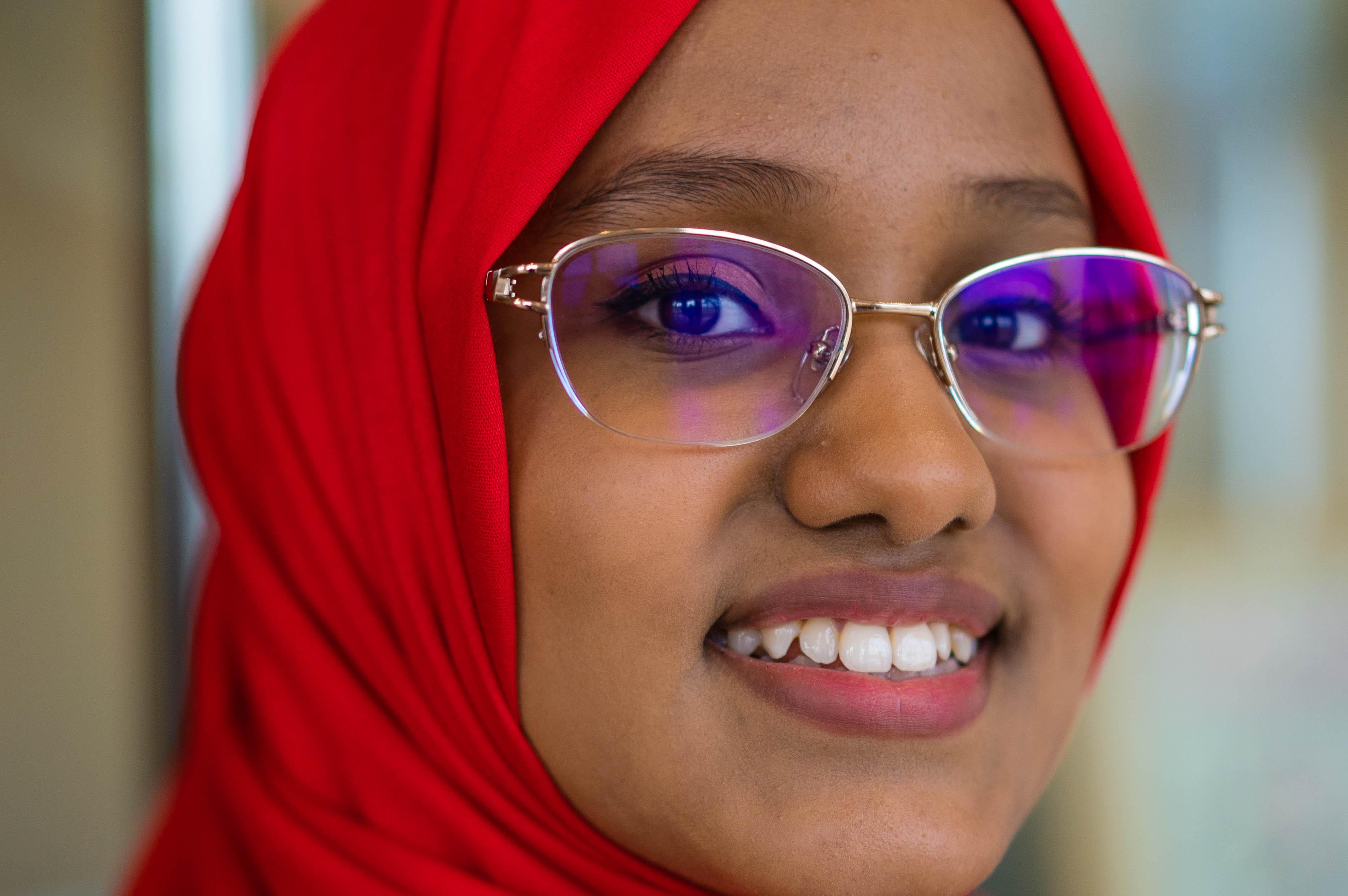