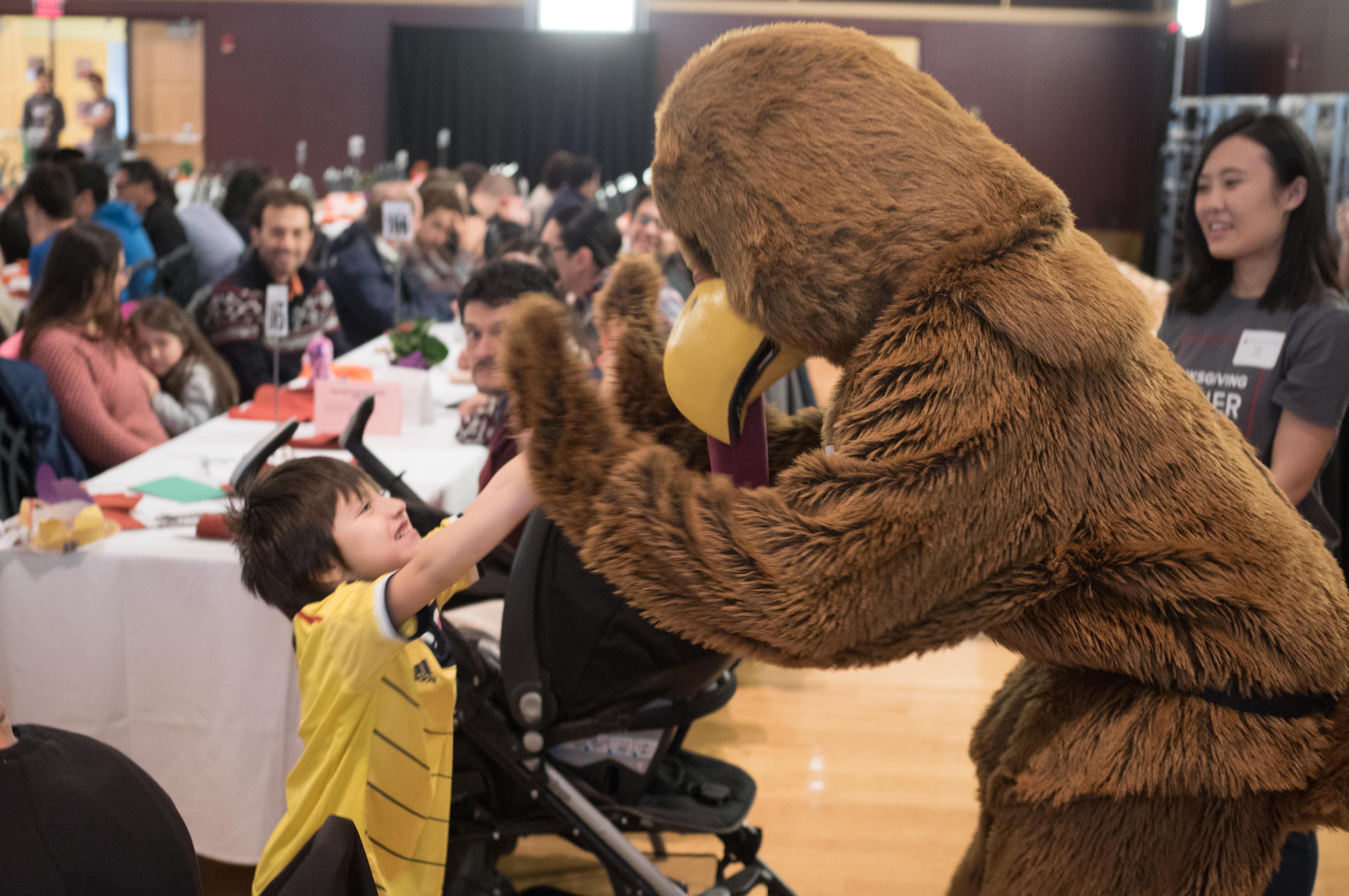 The Ohio State University's Thanksgiving Dinner began 27 years ago as a gathering of 25 students in the Frank W. Hale, Jr. Black Cultural Center. It was initiated by two graduate students (Bill Batson and Lori Waite) who did not have a place to go for the traditional Thanksgiving meal. They invited six of their friends and were prepared to have a potluck Thanksgiving meal. A few days prior to the meal, the director of the Center (Larry Williamson, Jr.) felt that other students were in the same predicament and had Bill Batson make fliers to place in the south campus dorms. As a result of the students' efforts — and years later, with the support of International Affairs and specifically, Kevin Harty, associate director of International Education — the dinner blossomed into one of the largest free Thanksgiving events on Thanksgiving Day at a college or university.