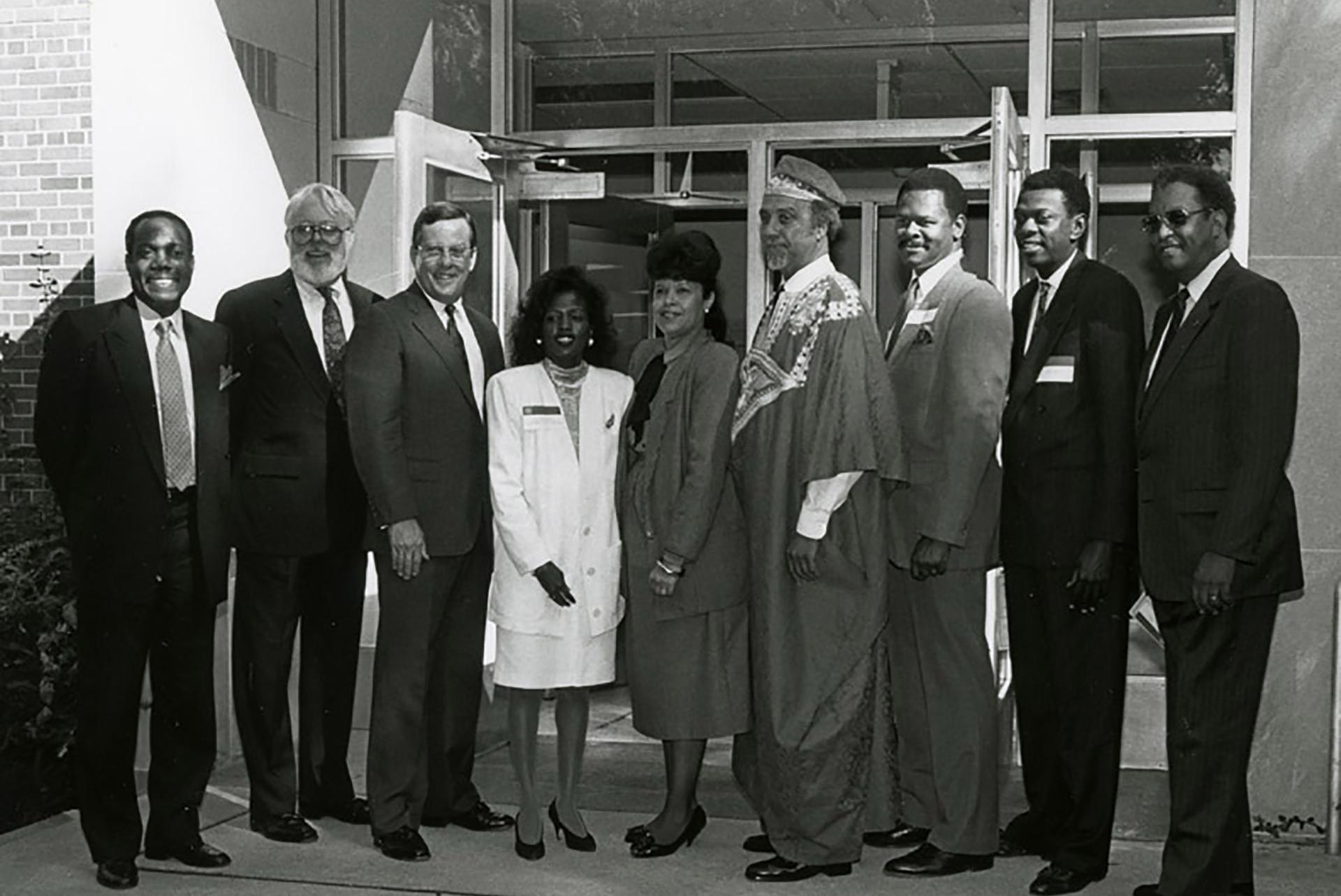 Since the opening day of the Hale Black Cultural Center in 1989, Director Larry Williamson has been a central figure helping to shape a critical gathering spot in Ohio State's rich cultural history.

Initially recruited as a young graduate student in art education to curate the Hale Center's art collection, Williamson has guided the center's growth in recent decades after being passed the baton by the center's namesake, Dr. Frank Hale.

Although the Hale Center didn't officially open until 1989, the roots of the a Black cultural center stretch back to 1968, when a group of 34 Black students were charged criminally after a sit-in at Bricker Hall where they demanded the university make changes. “Students here were looking for three things,” Williamson said. “An office of Pan-African affairs, a Black Studies Department and, through Dr. (William) Nelson's vision, of a Black cultural center. That's what they said they needed to make this climate conducive to them.” (Dr. Nelson was chair of Black Studies at Ohio State from 1972 to 1986.)

Throughout the 1970s and 1980s Black student groups like Just Us, ACTION (Africans Committed to Improving Our Nation), and the African Student Union kept the pressure up on Ohio State administration officials for the center, according to Williamson.

The Hale Center began on the south side of West 12th Avenue sharing space with a Meals on Wheels program in a former cafeteria named Bradford Commons. But that all changed in the spring of 1992 when the Rodney King riots in Los Angeles spurred Black student activism at Ohio State.

In a tension-filled, dramatic meeting with then-Ohio State President E. Gordon Gee, hundreds of Black students demanded that the other half of the building be ceded to the Hale Center.

“I don't think Dr. Gee took them seriously at first,” said Williamson. “But when 400 to 500 students showed up in a small area and wouldn't let the President out, he sort of got the message,” he said. “The name on the building was Hale Hall at Bradford Commons, the next day the Bradford name came down…and the movement for the other half (of the space) became a reality.”

When the Hale Center moved across West 12th Avenue to its current location in 2013, students were instrumental in developing the modern vision of the center by requesting academic classrooms, study rooms, and a computer lab.

Williamson said his decades spent running the Hale Center have given him great satisfaction in seeing how the center has evolved across his long tenure. “This experience of 30 years has been eye-opening and rewarding,” he said. “One of the greatest feelings that I have is that I can walk out of here knowing that we've changed people's lives in one way or another.”