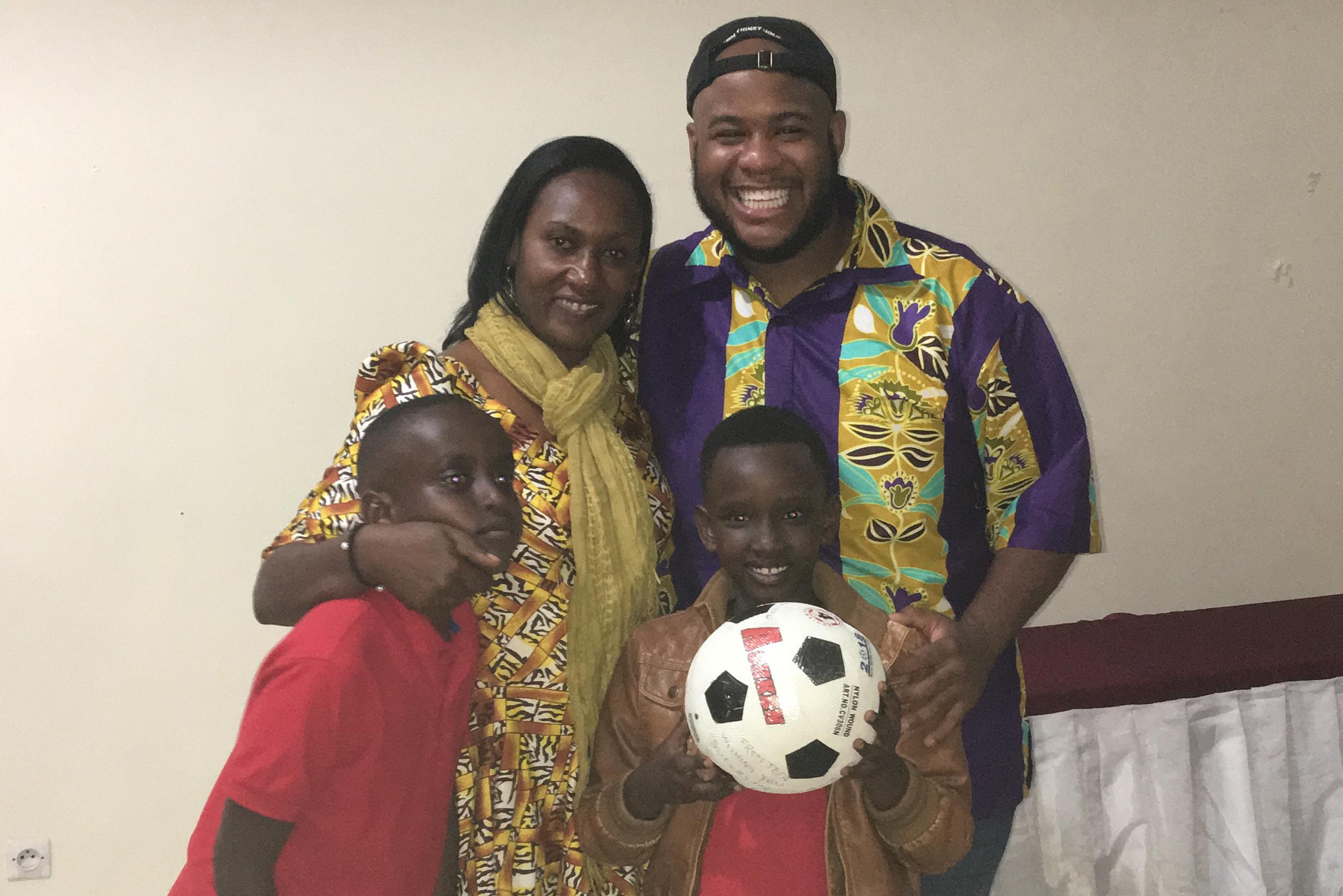 There is much to be said about my time in Rwanda. It was a time of culture shock, nervousness, and uncertainty. However, it was also a time of laughs, tears, and fun for me. From takeoff in Chicago on our 15-hour journey to Ethiopia, I had never been more scared in my life. I remember getting off of the airplane and immediately feeling like I wasn't too much out of place. The three-hour journey from Ethiopia to Rwanda was met with much more ease, and I call my parents to assure them that all is well. We get off the plane at our final destination of Kigali, and I am elated, happy, and shocked to notice that I am not one of only a few dark-faced people but rather a dark face in a sea of dark faces. I am humbled immediately at this. We board our bus that takes us to our hostel for our stay, the lovely “Moucecore.” Along the drive over, we all bask in chatter regarding the breath-taking beauty of this new space we are occupying, and again I am humbled. About a forty-minute drive passes that encompasses hundreds of photos, videos and phone calls to families, and we arrive at our new home.

The first day in this new space is the one I remember most vividly. We are met by a short, angular, smiling man who tells us that his name is “Sunday, like the weekend,” and he will be our guide and translator for our time in the country. He was the glue that held our group together. He was one of my favorite people on the trip. There was no task too tall or question too hard. He made navigating this new space so much easier. We were then greeted by a bright-smiled older woman who welcomes us in her native tongue of Kinyarwanda with the phrase “Muraho,” which means “Hi/Hello,” and we are informed that she will be taking care of us during our stay at Moucecore. We would grow to have much respect for this woman during our stay as she tended to all of our rooms individually, keeping them kept up and maintained as well as providing us two and sometimes three meals a day. She would always call me the Kinyarwanda phrase for “my son” because she said my presence felt like being around one of her children.

I immediately felt at home as we start to encounter locals. I was one of only two Black people on this trip as well as being one of only two boys on the trip, so many people would assume that I was a local aiding foreign students and would approach me on a very consistent basis speaking Kinyarwanda – which I had a very rudimentary understanding of – and I would have to disappoint them by informing them in English that I was not a native. This was a source of many laughs and handshakes between me and a lot of local folks during my entire stay in the country.

When I make it to my room, the first thing I notice is this large net looming over my bed. We are informed that it is in our best interest to untie the net and drape it over our beds during the night time to prevent mosquito bites. We leave here and head to the city market where we do things ranging from exchanging money, buying snacks, and getting our prepaid phones and Wi-Fi modems. After leaving there we are given some free time to explore or relax (and shower after more than 20 hours of travel) before heading to our first official Rwandan dinner. I'm excited to try the new cuisine. A buffet of options awaits us, and we are met with food items that included rice, potatoes (made in many ways), fried bananas, beans, beef porridge, and grilled chicken, and we chase our meal with Fanta, which is a customary beverage. I have had a wealth of excitement and pure culture shock, and this was only day one.

Our first week was filled with dense lectures covering the rich history of the country. Speakers from the university were brought in, as well as well-respected officials to give their account of the country's history. We learned what pre-colonial Rwanda looked like and the effects that colonialism had on the country and the social systems that Rwandans had in place. Week two for us was the shakiest, due to our exposure to the visual effects of the 1994 genocide against the Tutsi. We learned the role colonialism played in the genocide, saw a multitude of memorial sites (Murambe, Nyamata, and Kigali, just to name a few) around the country and met with victims of the acts. This week was met with much reflection, depression, and tears; however, through hearing the testimonies of so many victims and seeing their sheer strength and willingness to cope with what has happened gave our group much needed morale.

Our third and final week was without doubt the most eventful because we were able to experience a homestay with different Rwandan families. Each student was assigned a different family to live with for the final week. We were also able to connect with and speak to perpetrators as well as rescuers of the genocide. We were able to ask questions and hear their accounts of things that had taken place during the massacre. My encounter with two genocide rescuers was a memorable one due to their extreme joy at seeing an African American man. They called me their brother and took several photos with me, and it was once again a humbling experience. For the homestay, I happened upon the lives of my host-mother Jackie and her two lovely children Shami (Teta) and Jules. My host-father was away on business in Brussels at the Rwandan embassy there so I was unable to meet him. Teta, a young girl seven years old, and her older brother Jules were packages full of energy as well as curiosity. We shared ice cream as they asked me countless questions about myself, my family, and America. They were absolutely fascinated with President Trump and how much the media seems to despise him, and yes, that was undoubtedly not what I was expecting to hear from a seven and ten-year-old. We talked for several hours and played soccer. I have always been the youngest child in my household at home so having two younger siblings who looked up to me was very exciting and heart-warming. I remember them telling me how they were unable to change a lightbulb because their father was not home, so I picked them up on my shoulders and let them change the bulbs themselves and watched as their eyes lit up with awe and amazement. They said I was the strongest person they had ever seen. Every day I could count on them to wake me up just before my alarm would sound and give me milk tea, but I did not mind. Their enthusiasm and merry spirits were unmatched and made all the difference for a guy who despises mornings. I taught them how to do the “Wobble,” throw a Frisbee, blow bubbles with bubble gum, and we made a family handshake. They taught me so much more though. I am forever grateful for their hospitality and genuine spirits. We are forever family. We talk almost every day on Facebook, and it makes me so happy seeing them grow.

Rwanda taught me a lot about myself in my three weeks there. I was shown what real strength is in the face of extreme adversity. My experiences made me a better student, a better brother, and a better person. I will always hold Rwanda near and dear to my heart. It is a place of love, strength, progression. Home of sun-kissed patrons full of joy, bravery, and pride. It a place now synonymous to home for me. I hope to visit again in the near future. God bless Rwanda, my home away from home! 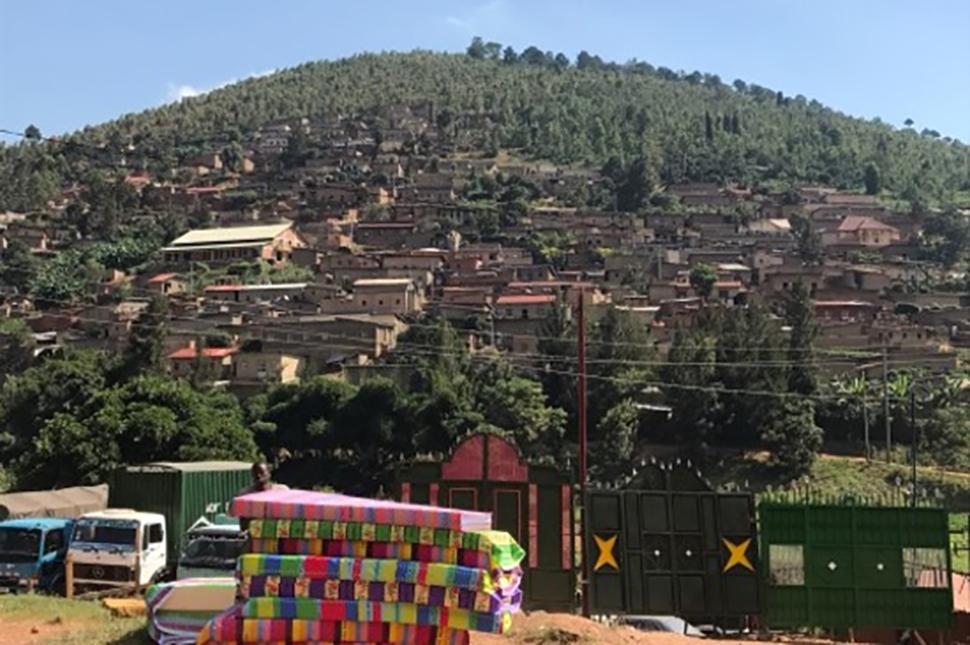 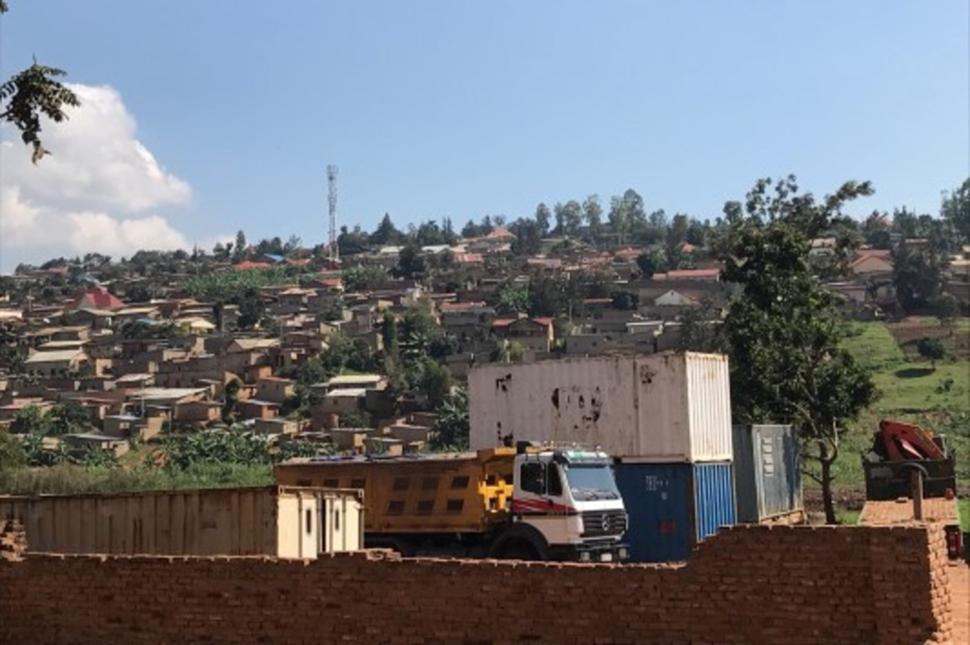 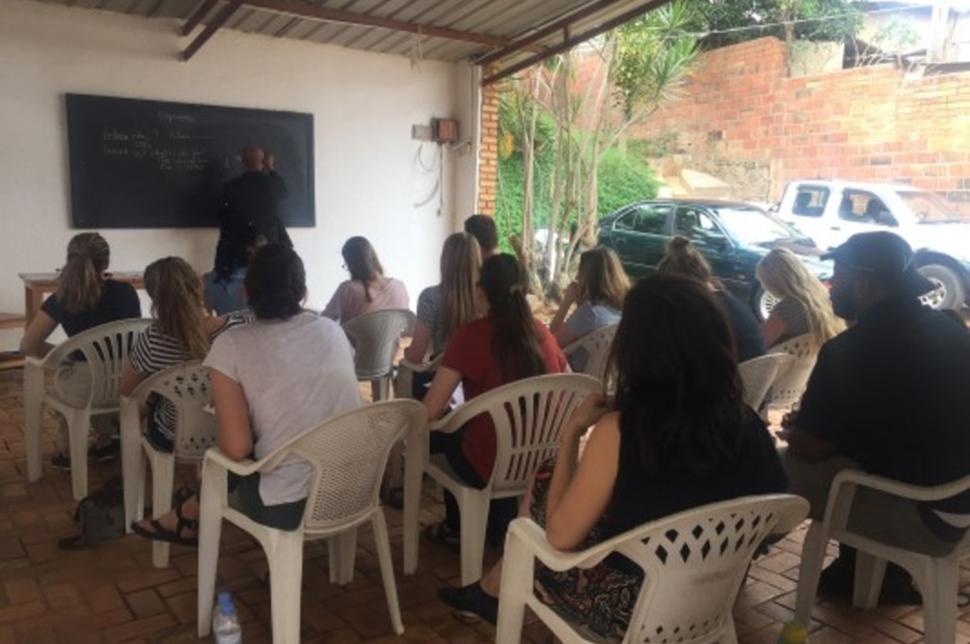 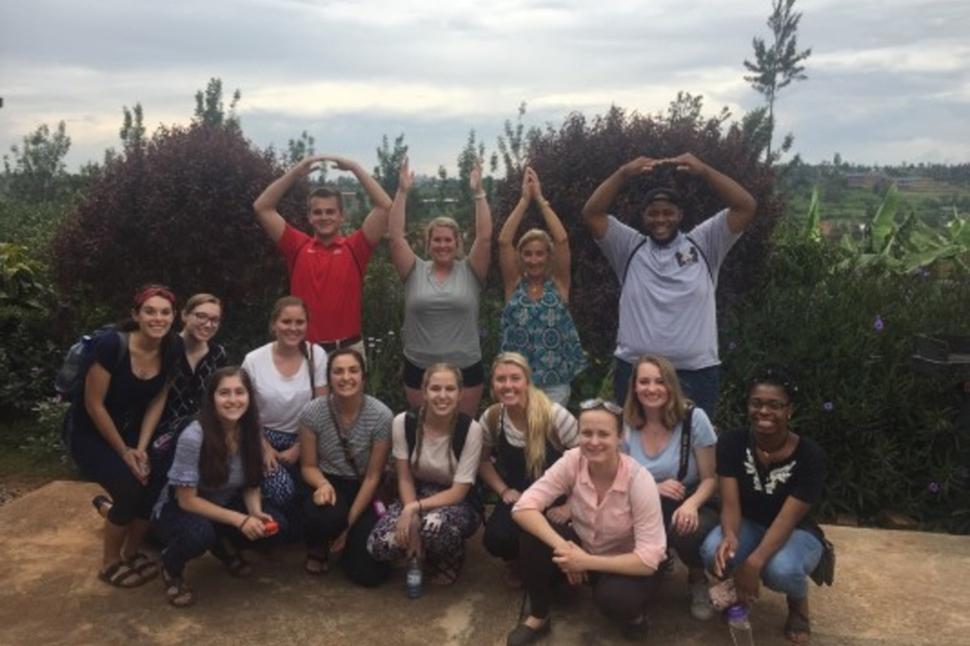 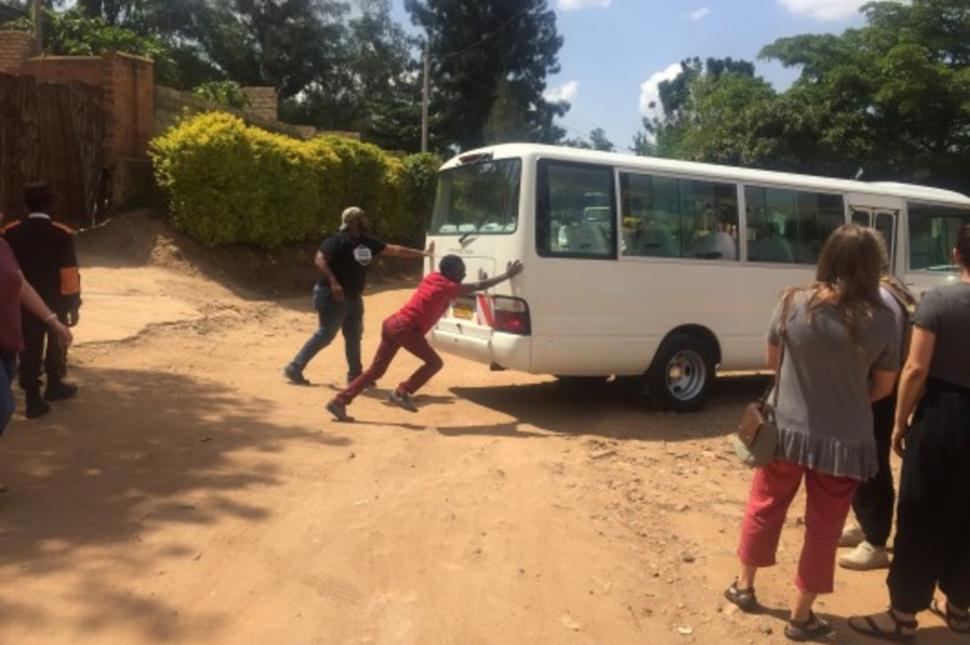 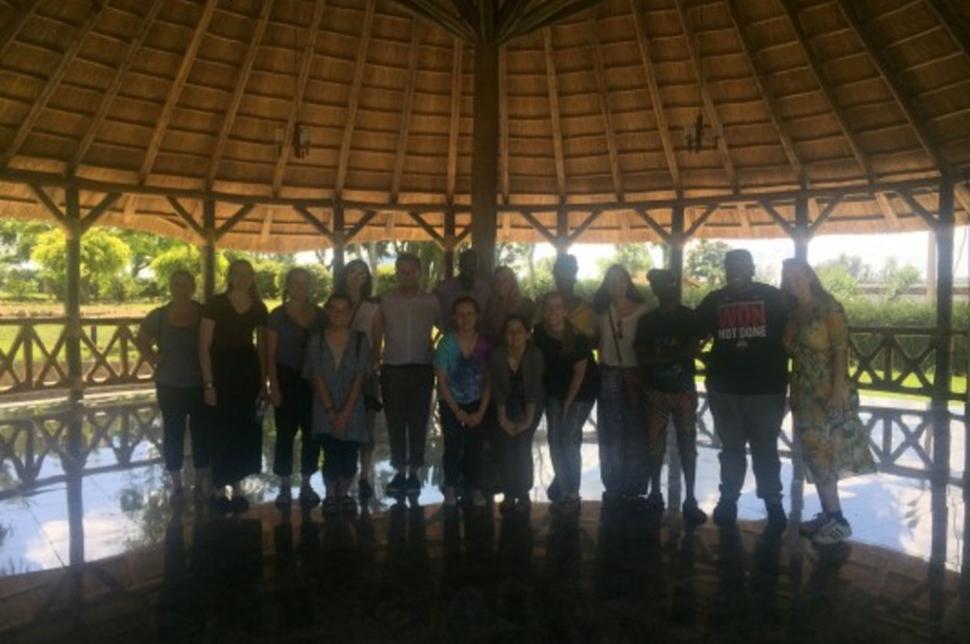 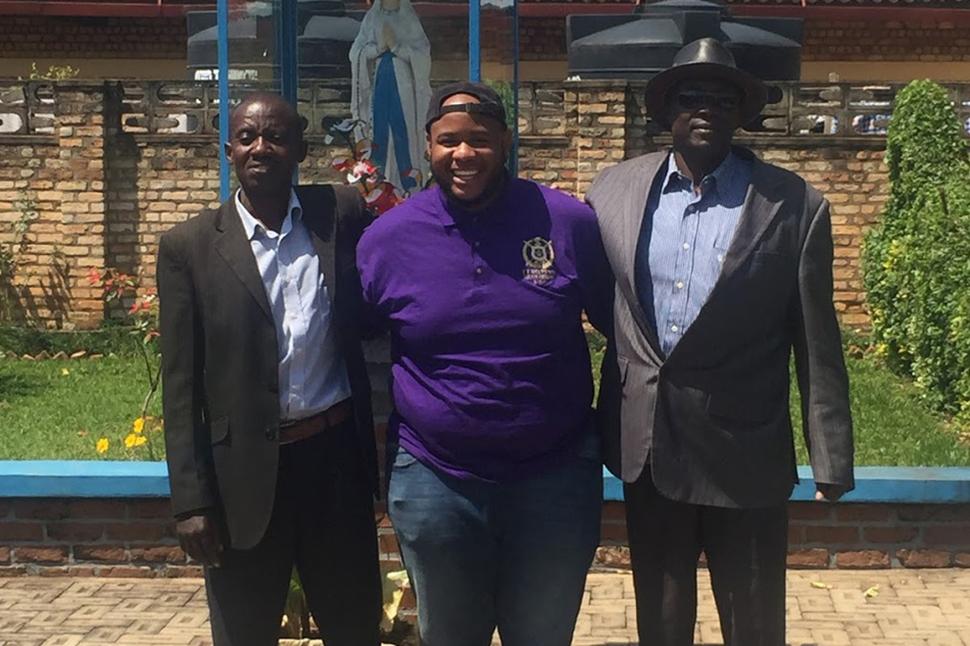 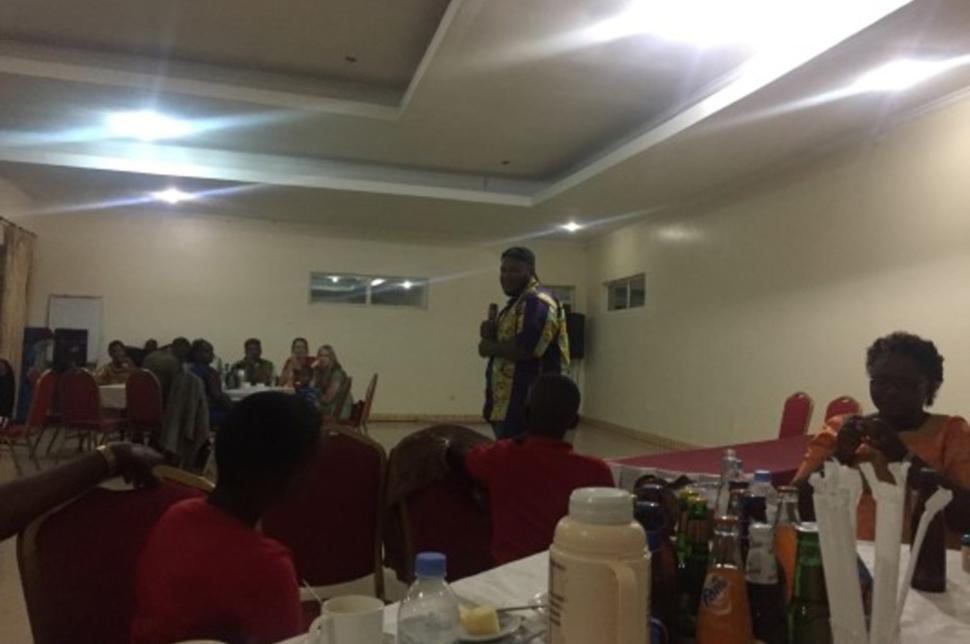 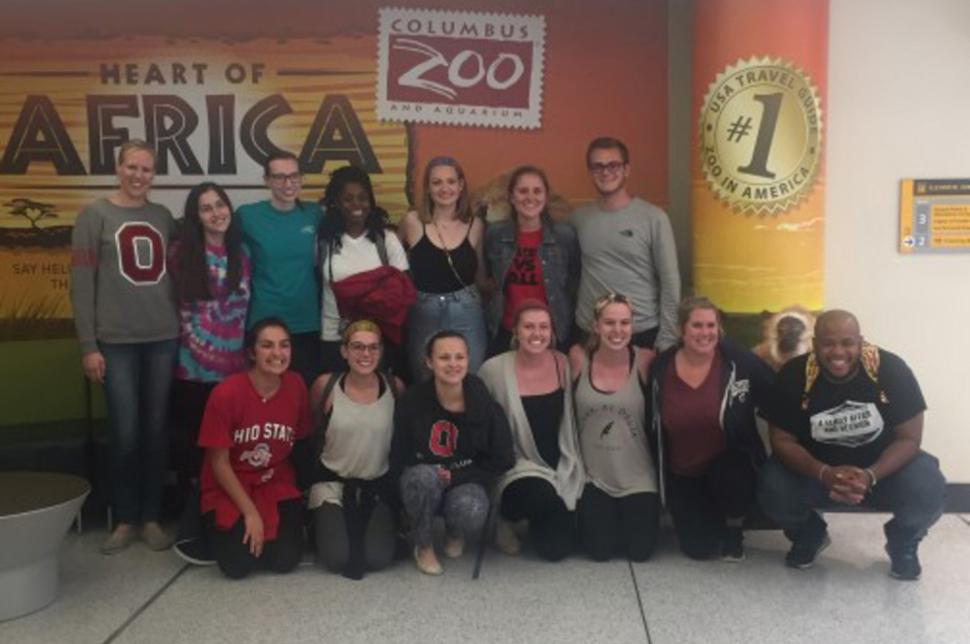