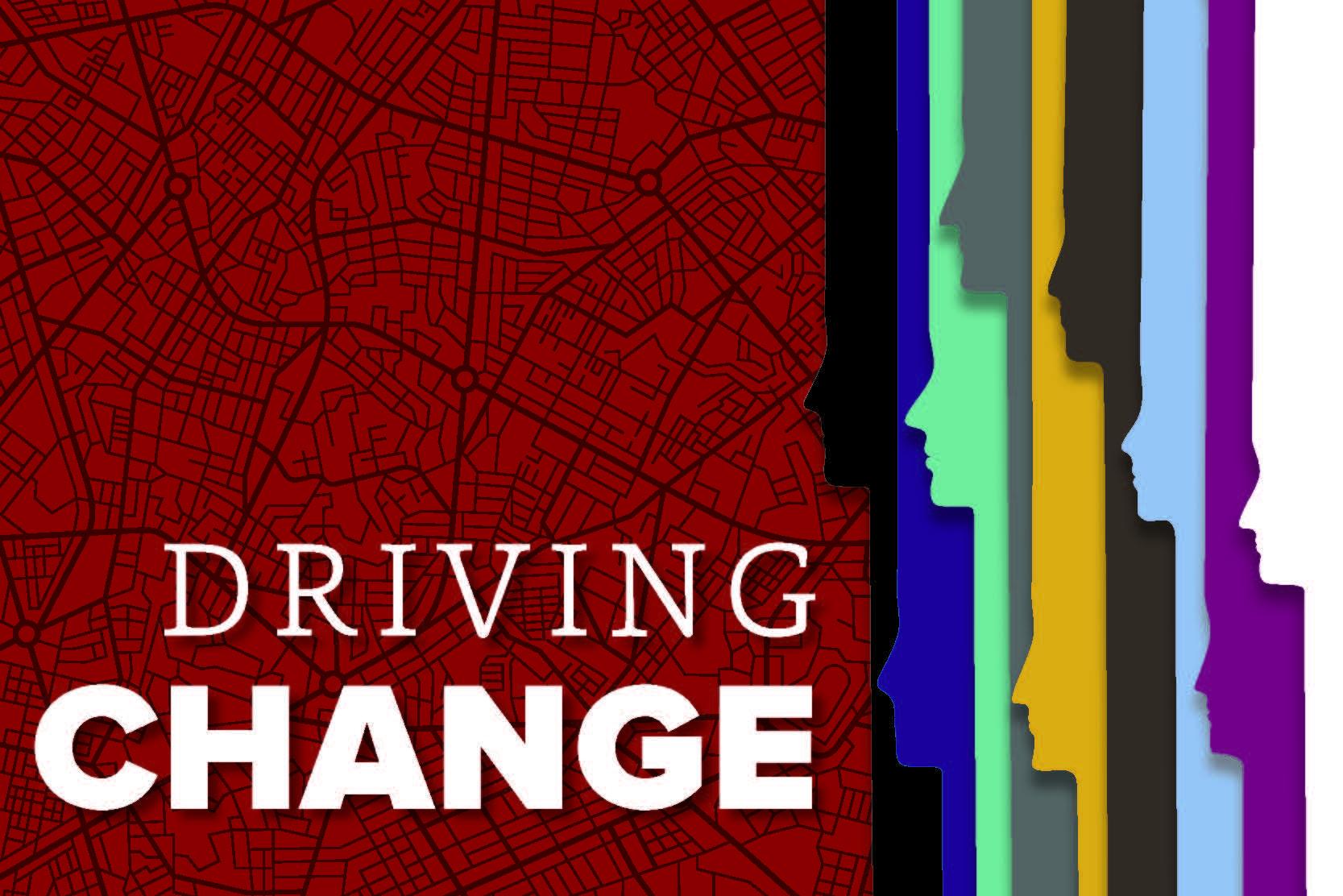 The Ohio State University is a global leader in Diversity and Inclusion efforts, embracing and implementing solutions capable of delivering foundational and systemic change.

The Ohio State University's Office of Diversity and Inclusion and the Office of Corporate Relations invite you to join us for the fourth webinar in our corporate-focused webinar series, Driving Change.

This webinar will discuss: The importance of developing a leadership culture; What should be the strategic drivers of diverse leadership development and acquisition; Connecting student athletes with opportunities and how this should be supported; How diversity in experience improves leadership potential; Can success in sports translate into success in the corporate space; and Examples of opportunities, challenges and successes 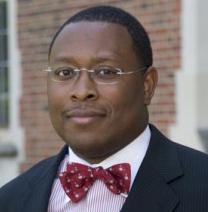 Dr. James L. Moore III is the vice provost for Diversity and Inclusion and chief diversity officer at The Ohio State University. Dr. Moore is also the first executive director of the Todd Anthony Bell National Resource Center on the African American Male and the inaugural Education and Human Ecology Distinguished Professor of Urban Education. From 2015 to 2017, he served as a program director for Broadening Participation in Engineering in the Engineering Directorate at the National Science Foundation in Alexandria, Virginia, and, from 2011 to 2015 he was an associate provost for Diversity and Inclusion at The Ohio State University.

An internationally recognized researcher, Dr. Moore's research focuses on school counseling, gifted education, urban education, higher education, multicultural education and counseling, and STEM education. He is also renowned for his work on African American males, and throughout his career he has received numerous prestigious awards, honors, and distinctions. 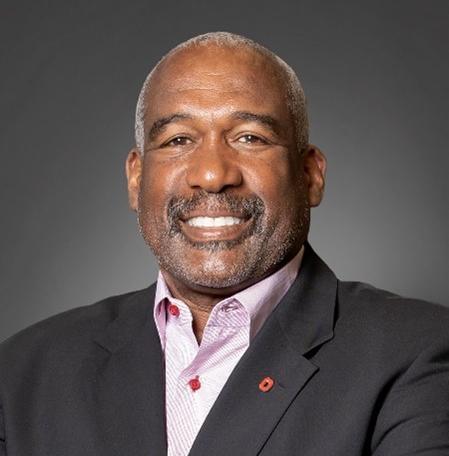 Gene Smith is in his 16th year as director of athletics at The Ohio State University. He is widely recognized among the leaders of his profession and has been named “one of the most powerful people in collegiate sport.” Smith was named the Buckeyes' director of athletics March 5, 2005 and was elevated to senior vice president and Wolfe Foundation endowed athletics director in May of 2016.

He previously served as director of athletics at Arizona State, Iowa State and Eastern Michigan universities and is entering his 33rd year in the role.

At Ohio State, Smith oversees the nation's most comprehensive and one of its most successful collegiate athletic programs. The department sponsors 36 fully-funded varsity sports with more than 1.000 student-athletes competing for Big Ten Conference and NCAA championships.

Ohio State's student-athletes continue to excel in the classroom and on the fields of play under the leadership of Smith, who directs the nation's largest and one of its elite athletic programs.

Smith is proud of the high-performance culture that has developed with the leadership of what he often refers to as “the best coaching staff in America.” Record achievements by individuals, teams and the entire athletic program attest to Ohio State's commitment to the development of the total student-athlete in a holistic way.

On the national stage, Ohio State teams have won 24 team and 104 individual national championships during Smith's tenure, a mark of competitive excellence, and collected 1,586 All-America honors. By doing so, Ohio State has established itself as a perennial Top 5 contender in the Learfield Director's Cup.

Smith, a former student-athlete and coach, keeps a keen focus on the more than 1,000 student-athletes he serves. He is driven to provide for them all they need to grow academically, athletically and socially during their time at Ohio State, and graduate with skills that transfer to success in life. Smith's focus on “recruitment to career” is evidenced in this year's graduating seniors with over 90% of them moving right into jobs, graduate school or professional sports.

Smith's business acumen has resulted in strong fiscal performance and new resources have been used to enhance the student-athlete experience. Record setting third party agreements – with NIKE, IMG, LEVY and COKE, among others – have allowed for innovative and trend setting programs offered to student-athletes.

The new Eugene D. Smith Leadership Institute – funded by private support – provides leadership, character and career development for all Ohio State student-athletes in order to best prepare them for life after graduation. Institute programs include: Bucks Go Pro internships, job shadows/micro-internships, Buckeye Road Trip, career fairs, Sundays in The Shoe, and Lead Like a Buckeye, among others.

Fundraising is one of Smith's gifts, and along with his development team, he has recently raised more than $130 million for the construction of the Schumaker Complex, Covelli Arena and Ty Tucker Tennis Center and a renovation at the Woody Hayes Athletic Center – the Wandell Family Player's Suite. Next on Smith's agenda is completion of fundraising for a new lacrosse stadium, another addition to the growing Athletics District.

Smith oversees a total of 525 employees in athletics and business advancement, with an annual budget of $300 million, and a football program with a $1.5 billion valuation, as estimated by the Wall Street Journal. But what Smith is most proud of is the exemplary culture within his units, recognized by Forbes as “one of the best ten organizations to work for in sports” and the only college program on its list.

After 35 years serving in the role of athletics director, Smith still delights in ensuring the student-athlete experience at Ohio State is exemplary and that its high-performance culture truly inspires young men and women to achieve their vast potential.

Smith is the father of four children with his wife, Sheila: Matt, Nicole, Lindsey and Summer, and they are grandparents to seven: Marshall, Steele, Addison, Grayson, Tyson, Elijah and Maya. Outside of work Smith enjoys travel, golf and spending time with family.

Smith currently serves on the Boards of Directors of the Columbus Sports Commission, Columbus Cub, Columbus Arena Management and Columbus Museum of Art. 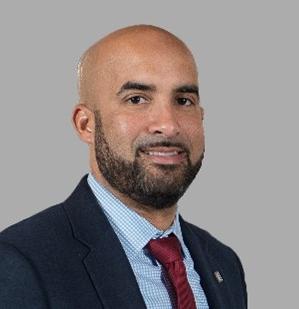 Prior to the Browns, John-Baptiste spent 17 years with the New York Giants, where he served as the vice president of communications from 2011-14. He began his tenure with New York as an intern in the team's community and media relations department, rising within the organization to become director of public/media relations in 2001.

Acting as a liaison between the team and local and national media, John-Baptiste managed the Giants' day-to-day communications efforts and was responsible for the franchise's media logistics and execution. He was a member of a New York staff that accommodated media during three Super Bowl appearances (XXXV, XLII and XLVI), with two championships (XLII and XLVI).

In addition to working three Super Bowls with the Giants, John-Baptiste has also been invited to assist the league's public relations operations for 10 additional Super Bowls and one Pro Bowl.

While in New York, John-Baptiste also helped the Giants public relations department claim the 2001 Pete Rozelle Award, given by the Pro Football Writers Association of America (PFWA) to the NFL club public relations staff that consistently strives for excellence in its dealings and relationships with the media.

John-Baptiste, who was selected to attend Stanford University's Executive Education Program for NFL Managers in 2007, received his Bachelor of Science degree in sports management at the University of Massachusetts-Amherst. In 2015, his alma mater recognized him with the Harold J. VanderZwaag Distinguished Alumnus award.

A native of St. Croix, U.S. Virgin Islands, John-Baptiste and his wife, Mashawn, have two sons, Miles and Mason.

Have questions or need accommodations?

If you have a disability and require accommodations to fully participate in this activity, please send an email to corporaterelations@osu.edu. You will be contacted by someone from our staff to discuss your specific needs.