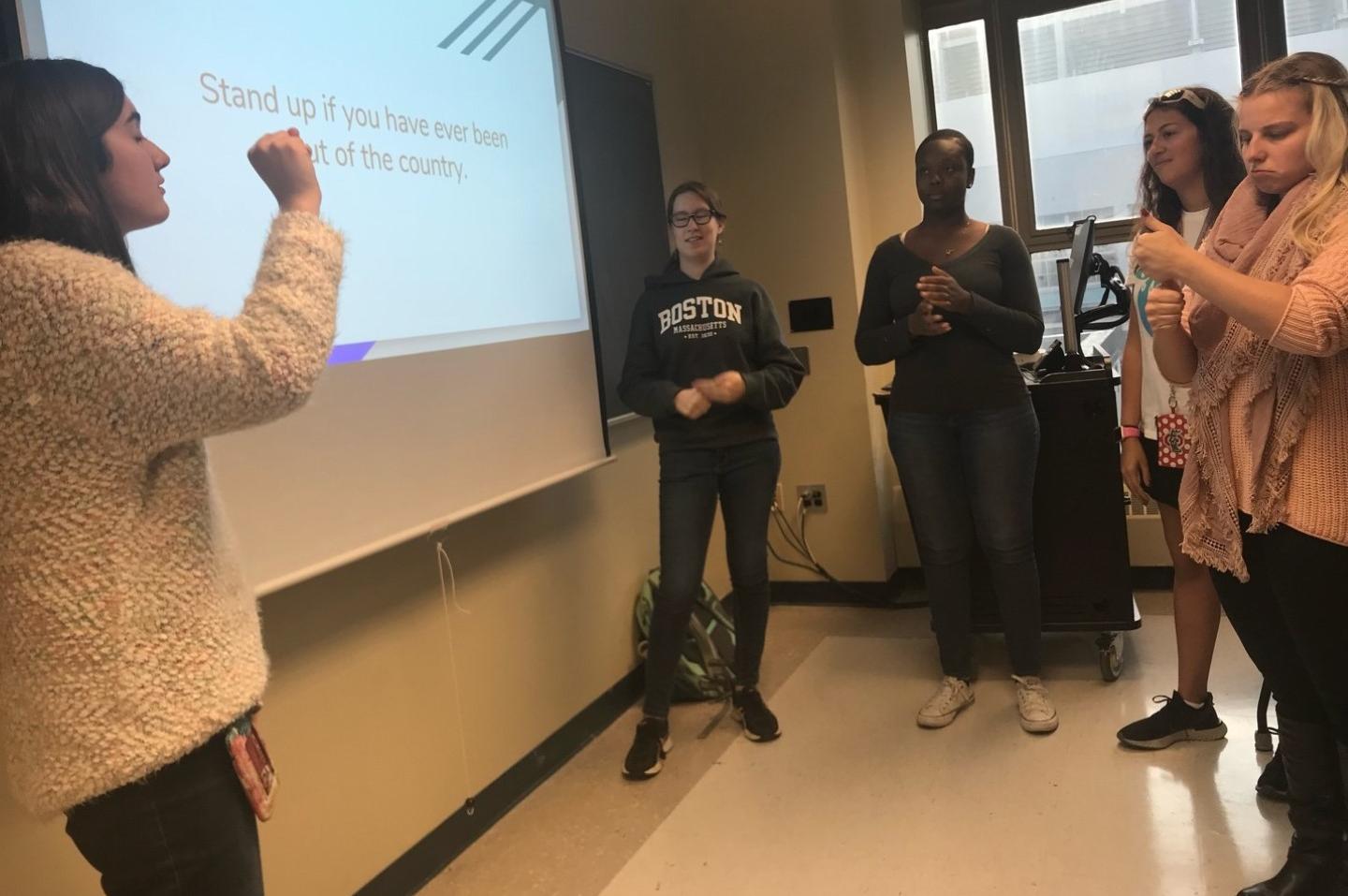 “Did you know texting was invented by deaf people?” Caroline Kerkowski told me, shortly after I walked into my first Deaf-Hearing Club at OSU meeting. I had to admit I did not. Although I knew how to sign the alphabet, introduce myself, and had watched Children of a Lesser God prior to attending the meeting, there were obviously a lot of things I didn't know about the deaf community.

Caroline is a 2nd year at Ohio State. She tested into ASL 3, is a co-leader for the tutoring committee, and offers her expertise by tutoring other students who want to improve their fluency or test into a higher level like she did. She says that people just do not know a lot about deaf culture, which leads to a lot of misconceptions.

“People think that everyone can lip read. Even if they can, it's not the most accurate way to communicate.” Caroline has seen hearing people expect to be understood if they just talk louder and slower. Not only is this demeaning and disrespectful, it's also inefficient. The best way for two hearing and non-hearing people to talk to one another is to use pen and paper and write the conversation down.

In addition, cochlear implants have been touted as the solution to deafness, when in actuality they aren't always effective. A cochlear implant works by mimicking the function of the user's inner ear, turning incoming sound waves into electrical energy, stimulating the cochlear nerve, and finally sending the sound to be processed in the brain. In some cases, though, the hair cells, which are necessary for the sound to be processed, don't function properly and the signal is not transmitted to the brain. Even in “successful” implants the user must go through a long process to learn or relearn to “hear.”

No matter one's stance, DHOSU's primary purpose is to enhance the awareness of d/Deaf culture at Ohio State. Beginning as a deaf/hearing club, it quickly transformed into a welcoming space for people of all abilities to learn or improve their ASL. For people like Yolanda Johnson, a second-year signer, the group gave her a chance to “communicate with those who are not able to communicate with everyone.” Like me, it was also her first meeting, and it was inspiring to me to see her effectively communicate with advanced signers like Caroline.

Walking back to south Campus, I realized I had learned so much more at DHOSU's 90-minute meeting than I had in an entire week of self-studying. I assume it has to do with the visual aspect of ASL, which is why FaceTime is huge in the deaf community and why YouTube is a great tool to supplement ASL studies. After all, the best way to improve any skill is to practice. In her time at Ohio State, Caroline has been able to sign the national anthem at basketball games. She has also received her sign name, which can only be given by a Deaf individual and is considered a rite of passage for signers of any level.

If you are interested in d/Deaf culture or want to improve your own ASL skills, reach out to DHOSU at dhosu.2017@gmail.com, or attend one of their monthly coffee chats. Even if you only know a few signs like me, you'll find a passionate, welcoming community happy to help you improve and learn something new in the process.