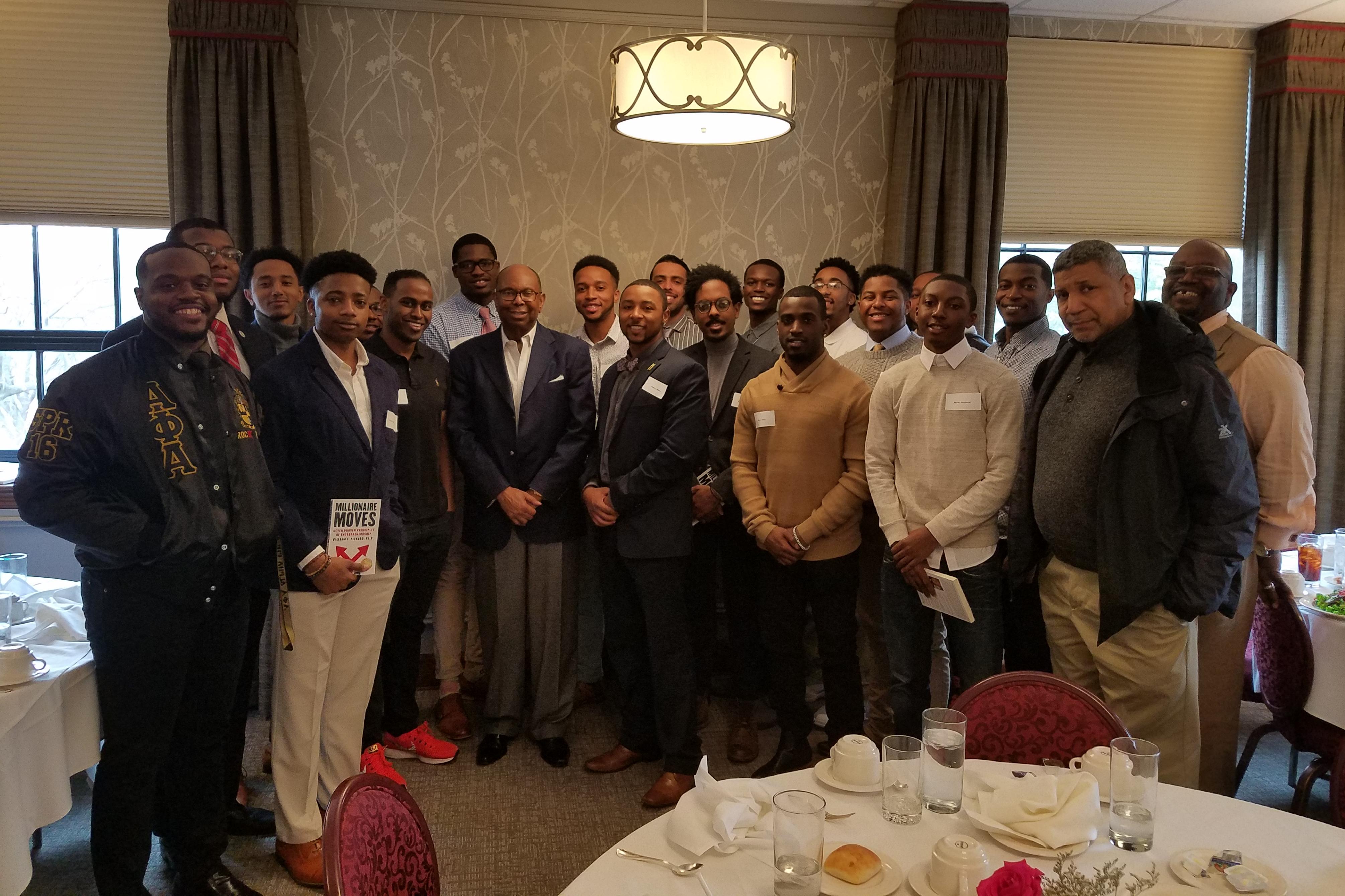 Dr. William F. Pickard is known for his business success, civic leadership, and philanthropy. Founder, chairman and CEO of Global Automotive Alliance, a Black Enterprise Top 100 industrial/service company, Dr. Pickard is recognized as the first minority-owned group of plastic parts supplier to service the top three U.S. automakers. He has served on numerous boards of directors, such as the Greater Detroit Chamber of Commerce and Booker T. Washington Business Association. Dr. Pickard also has donated millions to a variety of museums, universities, organizations, such as the National Museum of African American History and Culture in Washington, DC, and the William F. Pickard Business Scholarship at Grand Valley State University that supports first-generation students.

Recently, he extended his generosity and support to the Office of Diversity and Inclusion's Frank W. Hale Jr. Black Cultural Center and Todd Anthony Bell National Resource Center on the African American Male (BNRC) with a $75K gift over the next two years. Dr. Pickard, who received his PhD from The Ohio State University in 1971, donated his first major gift to Ohio State to create the Dr. William F. Pickard Scholars Program, which will develop student leaders with an interest in social, educational, political, communal and economic issues affecting African American communities. The program, managed by Dan Thomas, Program Manager in the BRNC, will offer short courses, an independent study project, and other professional development opportunities. “I am elated that Dr. Pickard decided to invest in our students who have close ties to the Hale Center and the Bell National Resource Center. His investment is likely to pay major dividends in the lives of the students, as well as the African American community at-large,” says Dr. James L. Moore III, Vice Provost for Diversity and Inclusion and Chief Diversity Officer and Executive Director for the Todd Anthony Bell National Resource Center.

Larry Williamson, Director of the Frank W. Hale Jr. Black Cultural Center, echoes Moore's sentiments. “Dr. William Pickard embodies the true spirit of uplifting his community. He, as a shining example and through his funding opportunities, inspires both young man and women to reach the apex of their destinations throughout the nation.”

This past fall, students applied and interviewed to be a part of 2019 inaugural cohort of scholars.

This year's six participants include:

Career Aspirations: To become a social worker that works at risk-youth on a one on one setting. I also want to create my own after school program for at risk-youth

Career Aspirations: To start my own black engineering firm.

Topic: Mental health and its effects on Black communities.

Career Aspirations: To be an educator in Black studies at both the K-12 and university level.

Career Aspirations: To become a cardiologist.

Career Aspirations: To become a physician while obtaining a degree in Public Health. I would also like to start a STEM enrichment program for underrepresented students in middle and high school.

This spring, the inducted scholars expanded their awareness of the barriers facing African American communities, specifically concentrating on areas that they identified as having a personal connection. Those topics include: mental health, mentoring Black youth, HIV and aids education, and the social infrastructure for Black LGBTQ men. Moore says, “We are fortunate to have generous alumni donors, such as Dr. Pickard, who value our work at the Hale Black Cultural Center and Todd Anthony Bell National Resource Center.”