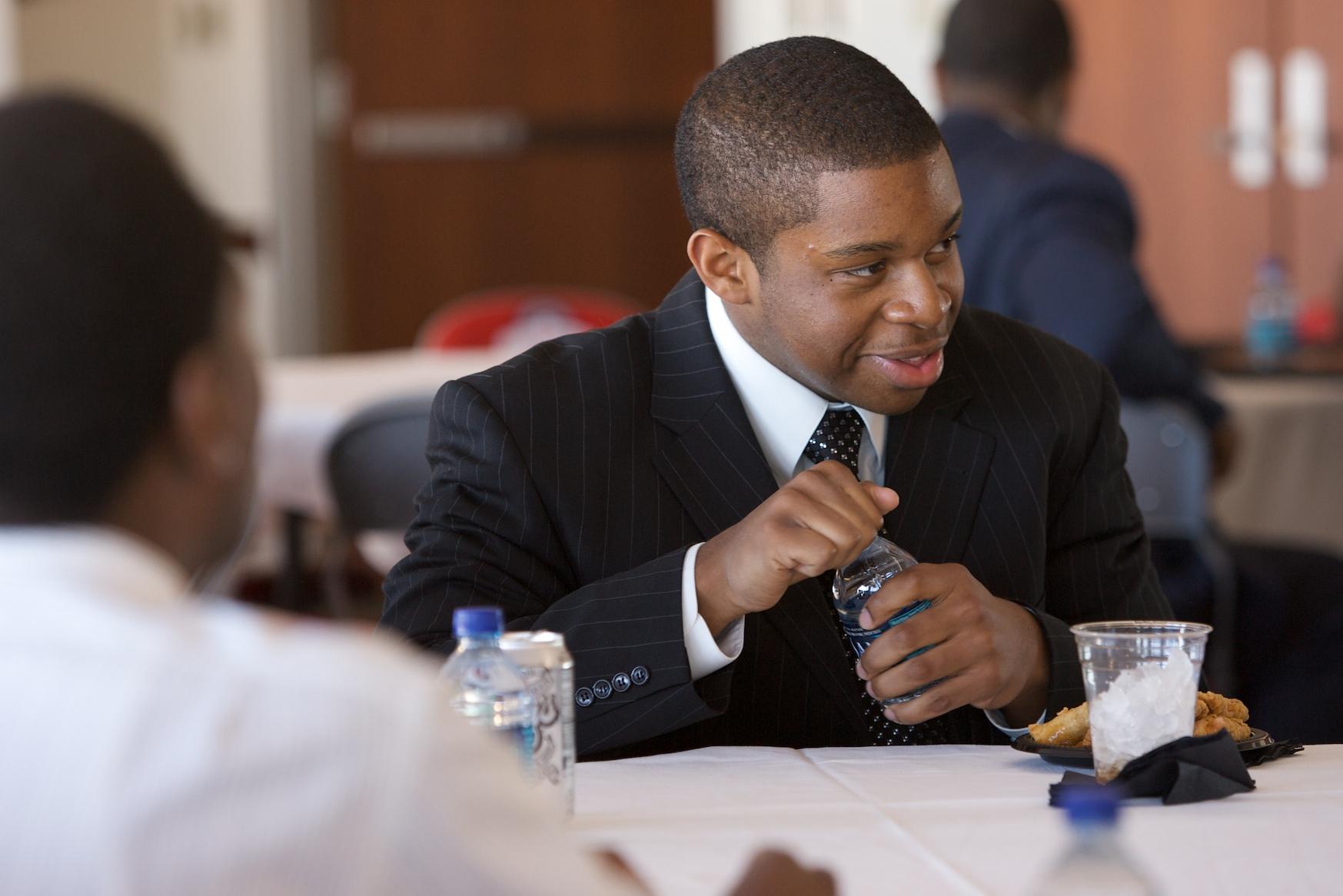 The Band of Brothers (BOB) is a student-based extension of the Todd Anthony Bell National Resource Center on the African American Male (BNRC). The four core principles of the organization are: scholarship, service, professional development, and brotherhood.

At the annual Bell Resource Center African American Male Retreat in Winter 2008, the gentlemen facilitating the retreat challenged that year's participants to take charge of a project they had in mind for quite some time. The project was simple: create an organization on campus that would serve as a student-based extension of the Bell Resource Center. The group of men met at the retreat's end to discuss this project idea and assembled shortly afterwards on campus to comprise a Constitutional Committee in which members would share ideas that would ultimately serve as the framework for what the organization was to become in the future.

In the winter of 2008, a group of Black male students formed a Constitutional Committee to create an organization that would serve as the student organ of the BNRC. They would become the founding members of BOB and serve as its first executive board. These men were: Chigo Ekeke, Russell Hauser, Justin McGee, Clayton Nelson, Carlos Pinkerton, Sean Plaskett, Nkrumah Pollard, Daylon Pritchett, Rawlins Riles, and Wendell Tolber. Since the group's inception, the Band of Brothers has been one of The Ohio State University's most influential student organizations, especially those that represent the African American community.

For membership information, contact the Band of Brothers by email at osubandofbrothers@gmail.com or visit them on the Ohio Union Website.