About the Bell National Resource Center 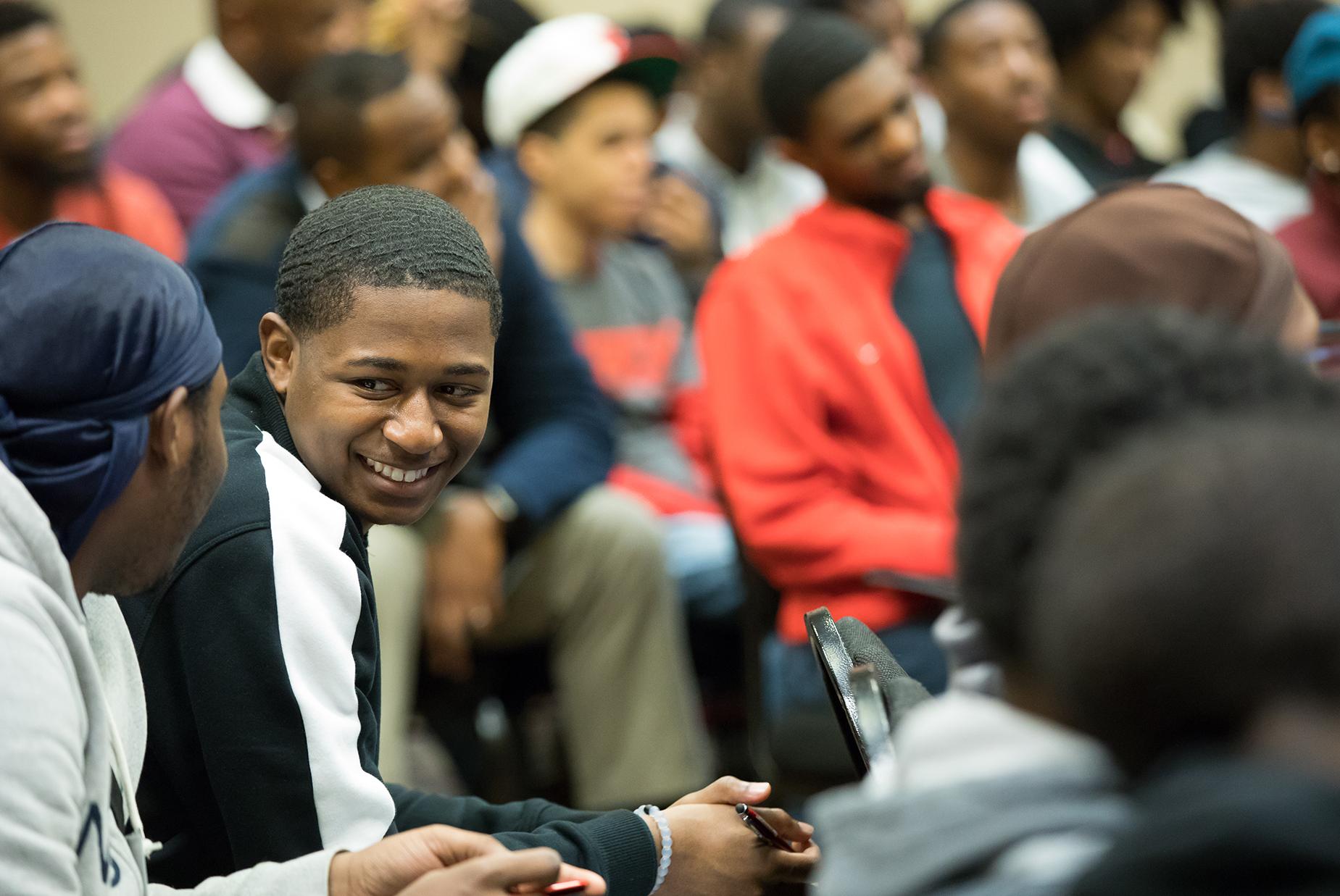 In 2002, national and local research studies were conducted about the performance of African American male students in college which led concerned administrators at The Ohio State University to implement an experimental effort to better understand and, if possible, to improve retention and graduation rates for this subpopulation of undergraduates.

The resulting program, which came to be known as the Black Male Initiative, represented a joint effort by the Office of Diversity and Inclusion (formerly the Office of Minority Affairs), the Office of Student Affairs, and interested individual members of the faculty and staff. Regular group meetings, frequent personal interaction with individual undergraduates, invited guest speakers, and academic support services each played a role, along with information gleaned from the experience of other schools and researchers. Mr. Todd Bell gave leadership and participated actively at the individual level with this emerging program. Significant improvements in student satisfaction, performance, and retention to graduation were quantitative measures of the program's success.

So that the campus as a whole might benefit from the lessons learned through the Black Male Initiative, the Office of Diversity and Inclusion, established on campus a centralized location to concentrate efforts to increase the retention and graduation rates of African American men. The establishment of this Center was approved in 2004. A critical campus location was identified, initial funding was earmarked for the operation. Upon news of his untimely passing, his colleagues determined to name the center in his honor, his widow was consulted and approved the memorial, and the Todd Anthony Bell National Resource Center on the African American Male was opened in September 2005 in the historic Brown Hall at the center of Ohio State's Columbus campus.

To become the premier resource on issues pertaining to the African American Male.

The National Resource Center for the African American Male is named for Todd Anthony Bell, late Coordinator for Community Relations in the Office of Diversity and Inclusion (formerly the Office of Minority Affairs). Although respected for his second profession as an ambassador for the university and a mentor to many African American male undergraduates, Bell was most widely known for his achievements in competitive sports.

At Middletown High School, he became a high school football All American and a three-time state champion in the long jump, breaking the records set by Jesse Owens. After graduation in 1977, he was recruited by Woody Hayes to play football for The Ohio State University. He was a four year letterman, first and second team All American, and first team UPI and API all-Big Ten player. He was drafted by the Chicago Bears in 1981 and played with the team for seven seasons. During the off season in 1989, he received his Bachelor of Science degree in Education from The Ohio State University. He played for the Philadelphia Eagles until a career-ending injury in 1990.

In 1997 Bell returned to Ohio State to accept a position as Coordinator of the Minority Continuing Education Opportunities Program in the Office of Continuing Education, then lodged in University College. There he worked with Dean Mac Stewart to give leadership to outreach with the central Ohio community. He fostered cooperation with local businesses to provide funding for their employees to start or return to college studies at Ohio State. He also worked with the personnel of local Boys & Girls Clubs to develop joint ventures to improve the environment of the neighborhoods near the central campus. In 2001 he moved to the Office of Diversity and Inclusion (formerly the Office of Minority Affairs) where he coordinated a broad range of community-university programs. Notably, on campus he gave initial leadership to the development of the Black Male Initiative and he was part of the team that developed the African American Male Resource Center.

Todd Bell took great joy in working with young people. He was a mild mannered gentleman and a soft-spoken celebrity who always had time to listen to the young people who assembled to hear him talk or came to him individually with personal questions and concerns. He was also a spokesman for the Ohio Department of Highway Safety youth events and toured high schools as a motivational speaker. Active in his church, he taught a Bible study class for middle school students.