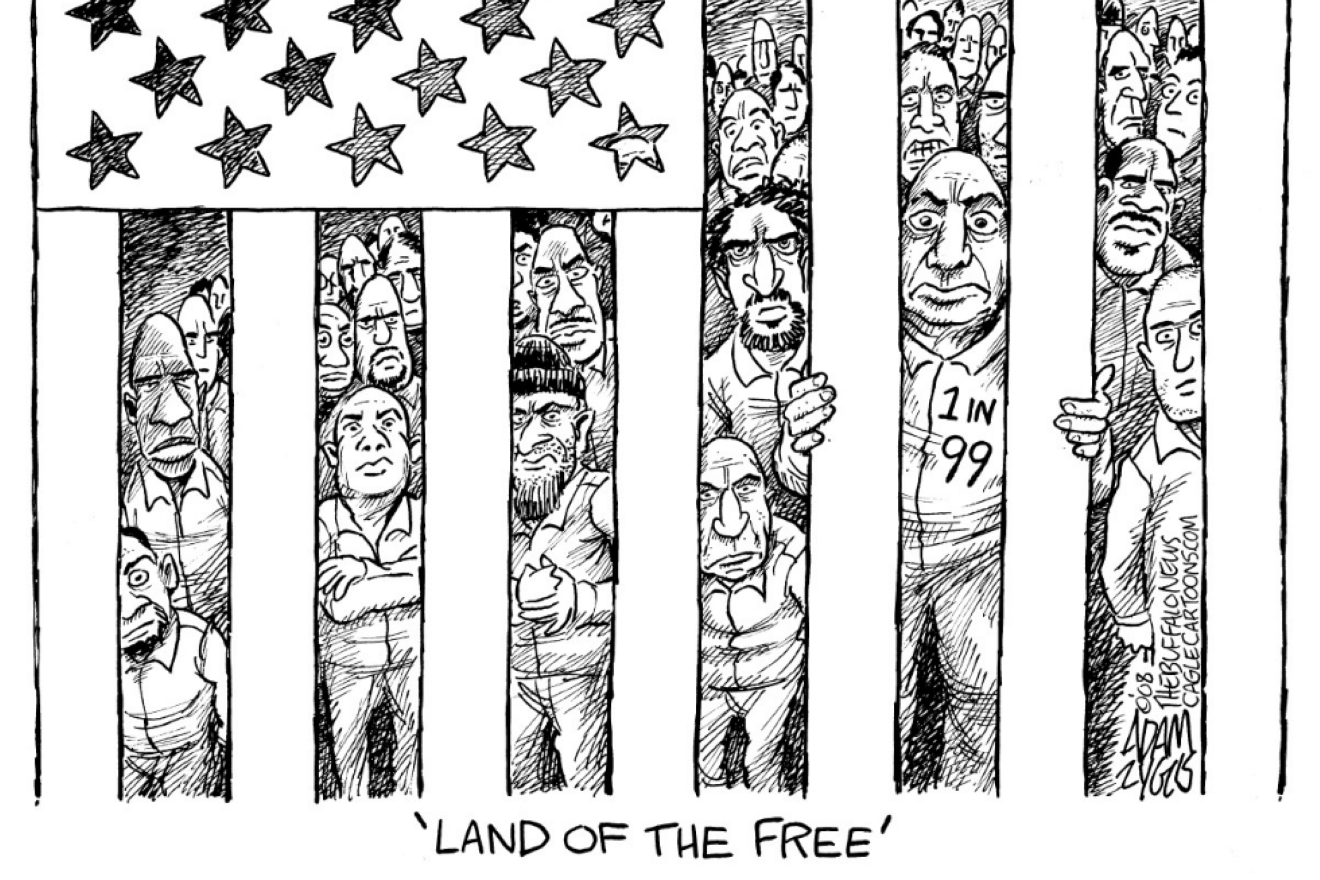 Aside from the having the most Christian inhabitants and the largest military budget, the United States also takes the lead in mass incarceration.

Mass incarceration has not always been a prevalent issue in America. Its origin dates back to the New York City Rockefeller Laws, and it progressed throughout Nixon's and Reagan's presidencies. The corruption of politics has culminated in today's issue of mass incarceration. The leading contributor is the amount of people convicted for non-violent drug-related crimes. According to the Federal Bureau of Statistics, there are currently 74,472 individuals incarcerated on drug offences, which is 45.3% of all persons incarcerated in the federal prison system. This statistic does not account for those incarcerated for the same crimes in the state prison system.

However, upon further investigation, it becomes overwhelmingly obvious that the demographics for these numbers do not add up. According to Ashley Nellis, a Senior Research Analyst at The Sentencing Project, a non-profit organization that researches and advocates for criminal justice issues, African-Americans are incarcerated “at a rate of 1,408 per 100,000 while whites are incarcerated at 275 per 100,000” in the state prison system. These rates are not justified by violent or criminal actions. According to government data, Caucasian youth are the most common group to use drugs. These numbers lead to the conclusion that The United States unjustifiably targets African-Americans through drug crime laws and policies.

Why is this issue not reflected in the mainstream media? What are the legal and ethical repercussions? The issue of mass incarceration has detrimental consequences on its victims. Upon release, these individuals are labeled as felons, stripping them of many rights and placing them at a significant disadvantage to their non-felon peers.

We need to focus on educating people about mass incarceration, advocating for new policies which treat all citizens––regardless of race––equally and holding those responsible for these policies accountable.

At The Ohio State University, steps are being taken to combat mass incarceration. Ohio State works with the Southeastern Correctional Institute (SCI) to sort through the 14 tons of trash at each home game into what can be recycled and what can't. This provides inmates the opportunity to work and help a cause that impacts the environment positively.

Additionally, the Fisher College of Business has worked with SCI, bringing their Ohio Prison Entrepreneurship Program to their inmates so that they can learn about how to start their own business upon release. Moreover, starting this year, Doctor Hasan Jeffries will be teaching “Mass Incarceration in America,” a seminar course revolving around this very issue. This class will fuel discussion amongst students and highlights a topic that is not frequently showcased in the mass media.

Furthermore, on November 16th at the Wexner Center, a panel was held featuring mass incarceration's greatest advocate, Michelle Alexander. Alexander is a civil rights advocate, a professor, and an author most known for The New Jim Crow: Mass Incarceration in the Age of Colorblindness. In addition to the seminar, the movie 13th was shown. The film takes a look at racial disparities within America and focuses primarily on the lopsided proportion of African-Americans in the United States' prison system. These small steps make a big difference, but America needs to start fighting for the success of all and begin advocating for education, health and, most importantly, equality for all.