Smith+Patton Study Abroad Scholarship: “For the Road Ahead” 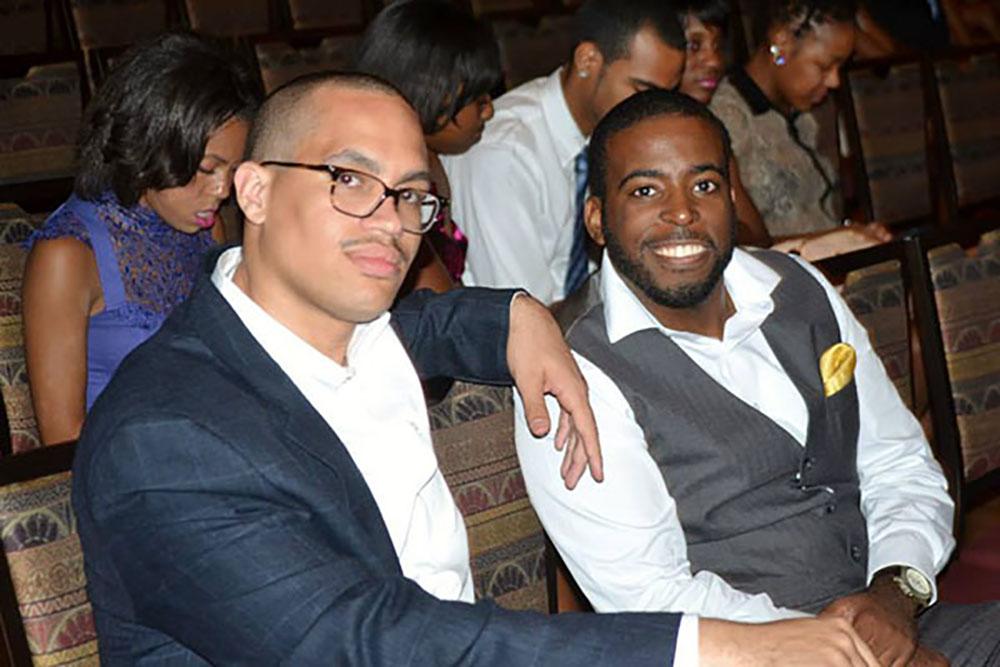 When the opportunity to study in Panama through the Fisher College of Business Study Abroad program came their way in 2010, Ohio State seniors Howard Patton and Brandon Smith (pictured above, left to right) knew they would need some help to achieve their dream of studying abroad.

As undergrads, both students were actively involved in the Office of Diversity and Inclusion (ODI) and ODI's Todd Anthony Bell National Resource Center on the African American Male (BNRC). Brandon and Howard served on OURS, the Office of Diversity and Inclusion Undergraduate Recruitment Society as Outreach Coordinator and President, respectively. Brandon was also a Scholar in ODI's Morrill Scholarship Program, and Howard participated in the BNRC's Early Arrival Program. It was natural, then, that they turned to ODI, which provided funds – as well as cameras – for the trip.

Howard and Brandon's study abroad involved a three-month course on the economic, historical and global relevance of Panama. The students did case studies on several companies and visited old ruins, rode downriver in a boat made from a hollowed tree, and participated in a four-hour salsa dancing lesson. The trip left both students with insights into a culture other than their own. Brandon experienced the challenges of communicating in another language, something that he called “one of the greatest crimes of human nature”: the inability to communicate and share ideas. Howard was also impressed by the fact that much was the same in Panama as in the United States: “We are all people with complex and differing emotions, but there are similar threads that run through all cultures.”

With their experiences in Panama still fresh in their minds – and on their cameras – after graduating from Ohio State in 2011 (Brandon with a degree in marketing and Howard with an accounting degree), the two friends were inspired to create an opportunity for fellow Buckeyes to see and experience the world as global citizens.

For Brandon, starting the scholarship was a way to pay it forward. “Everything about the scholarship can be summed up in one word: opportunity. This is an opportunity to leave a legacy to our beloved university and have a direct impact on the potential of dreamers like ourselves.” He continued, “We also see this as an opportunity for students to see, touch and taste the world and to inspire the next generation of global leaders.” Howard sees the possibilities of the scholarship for future students in much the same way: “This scholarship is where we can continue the things that we held so dear in college. Giving back to the community is at the heart of our purpose.” And giving back was important for both Howard and Brandon as fraternity brothers of Alpha Phi Alpha Fraternity, Inc., whose aims are “Manly Deeds, Scholarship, and Love for All Mankind.”

And so, the Smith+Patton Study Abroad Scholarship was created.

The Smith+Patton Study Abroad Scholarship, which offers a minimum of two $500 scholarships annually, will work to promote global citizenship and to support recognized student leaders from underrepresented populations at Ohio State. Students will also receive a digital camera, like Smith and Patton did, to record their experiences. The photos will then be compiled into a short video to be presented at the ODI Honors Reception.

Support for the scholarship has been building, with the two graduates generating over $2000 to date. A comprehensive plan for funding and promoting awareness of the scholarship is in place, not surprising from Marketing and Accounting majors. From the first thought of creating the scholarship to its presentation to ODI staff, every aspect of the journey has been meticulously laid out. Howard summed up the process: “We signed the gift agreement with the university, have successfully begun to accumulate donors, created a logo, launched a social media awareness campaign, and coordinated with ODI and BNRC on specific issues, all within a few short months. There is much yet to come, and we couldn't be more excited.”