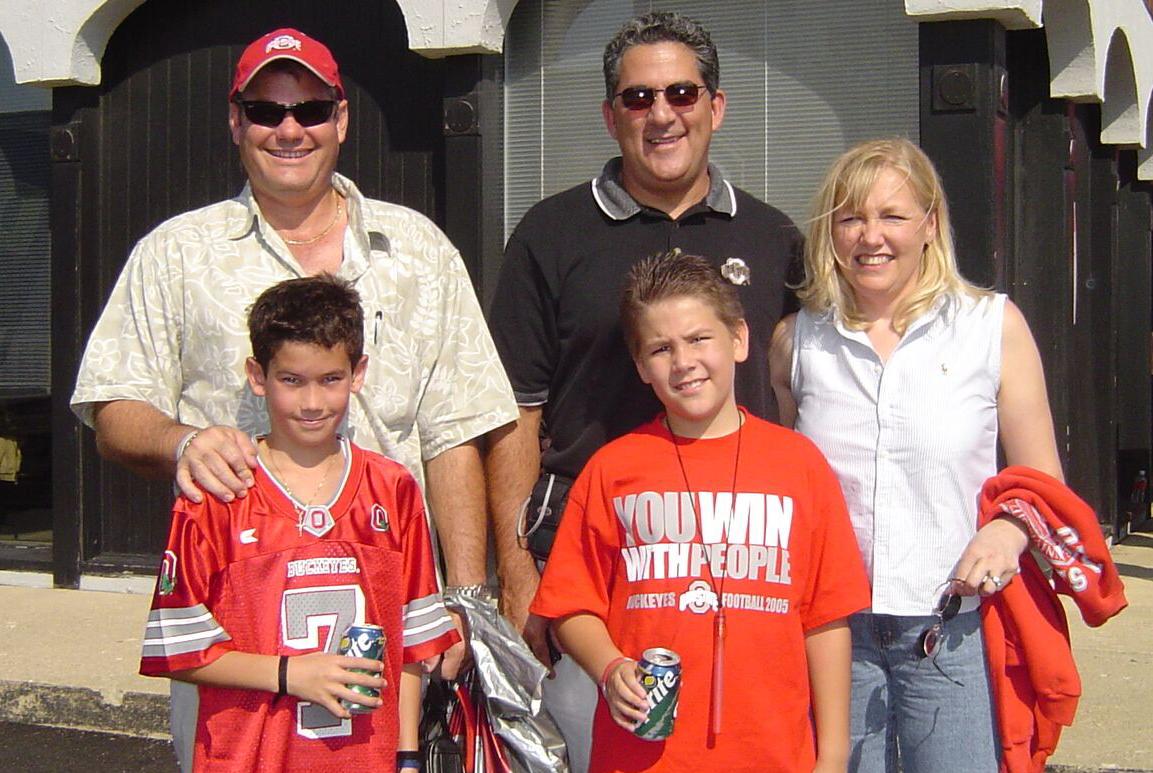 Puerto Rico, whose name means “rich port,” was rich with three native sons from diverse backgrounds – James Cordero, Kevin Dunphy, and Paco Gonzalez – whose vision led them to a shared purpose. Kevin and Paco were born and raised in Puerto Rico and have been friends ever since the 10th grade, while James was a proud Nuyorican (born and raised in New York City to Puerto Rican parents) who attended high school in Puerto Rico. When deciding to come to The Ohio State University, each of them had different reasons. James heard about Ohio State's outstanding academics and athletics and was attracted to the largeness of the school. Kevin's cousin, who received his master's in computer science at Ohio State, spoke highly of the school, and Paco, after his first year attending the University of Puerto Rico, was urged by his friend Kevin to transfer to Ohio State. Their coming to the university would later generate a plethora of possibilities for future generations.

The three students' different paths would later converge when they arrived at Ohio State. After Kevin and Paco met James, they took advantage of the many opportunities Ohio State had to offer, in particular those provided by the Office of Minority Affairs (OMA), now the Office of Diversity and Inclusion. The office not only guided them in academics, but it was a place that they could call home. “The Office of Minority Affairs was a resourceful place at Ohio State. I didn't feel like a number or a statistic there, but I felt like a human being. In particular, Norm Caban helped me to navigate scholarship and loan opportunities,” recalls James. During the time that James, Paco, and Kevin were at Ohio State, Norm worked in OMA as the Director of Recruitment and was instrumental in growing the number of Latino students and ensuring their academic success. Just as OMA and Norm helped them, the alumni wanted to help someone else in need. Even though they did receive some assistance, the three still faced difficulty in paying for college. “Out-of-state tuition was very tough on our parents and us as students. I always thought that if I could, I would help others who might be going through the same experiences I had,” said Kevin. Little did they know that their desire to help others would lead them to pay forward in a very meaningful way decades later.

Paco, the mastermind behind the idea of the scholarship, remembers how the funding he received as an Ohio State student helped him. “I wanted a way to give back to those in need. I was a recipient of a $500 grant that helped me put food on the table for two spring quarters. I wanted to be able to help a couple of students in the same way.” Paco then asked James and Kevin to be a part of his plan to establish a scholarship. “When he asked Kevin and me to be a part of it, there was no way I could turn that offer down,” recalls James. The scholarship would be geared to help those of Puerto Rican/Latin descent. When deciding what to call the scholarship, a familiar name came to mind. They did not name it after themselves, but they named it after “El Coquí,” a type of small frog in Puerto Rico that fills the air with a distinctive whistle sound. “This cultural symbol brings a smile to the faces of Puerto Ricans living in faraway lands, and the sound of its song will take you back to where you came from,” said Kevin. Another criterion of the scholarship is that it gives priority to students who want to pursue careers in business and engineering, two major fields of study that are important to the three friends. “Puerto Ricans and Latinos are below the national average when it comes to representing well in science, technology and business. A lot of talent can be wasted if it is not directed in the right way,” proclaims James.

Students can be inspired by the alumni's willingness to beat the odds and defy the statistics by entering fields where Puerto Ricans and Latinos are underrepresented. James became the Senior Director of Private Brands for Walmart, Paco is the City President for Miami-Dade Suntrust Bank, and Kevin is a Senior Business Development Specialist for the Dow Corning Corporation. Not only have the three achieved success in technology and business, but Kevin's son and Paco's son are on their way to doing the same at Ohio State. Paco's son, Frankie, is currently majoring in Mechanical Engineering, while Kevin's son, Kevin Jr., is majoring in Computer Science and Engineering. When asked what words of advice they would give to students to succeed at Ohio State and in life, James, Paco, and Kevin echoed inspiring messages. “Follow your passion, work hard, and be in the moment. It's amazing how quickly the time goes,” said James. Paco stated “Be grateful and always remember to find a way to give back. Pave the ways for others, and don't forget all of those that have helped you along the way,” while Kevin declared “Your future is yours, no one else's, and it is up to you to make the best of this amazing opportunity you have been given to one day be part of one of the greatest families, The Ohio State University Alumni. Go Bucks!”

The El Coquí Puerto Rican Heritage Scholarship Fund serves students of Puerto Rican/Latin descent who want to pursue careers in business and engineering. ODI Assistant Vice Provost Yolanda Zepeda and LASER will organize a selection committee to award designated students with the scholarship, which will be awarded for the first time in the 2015-16 academic year.