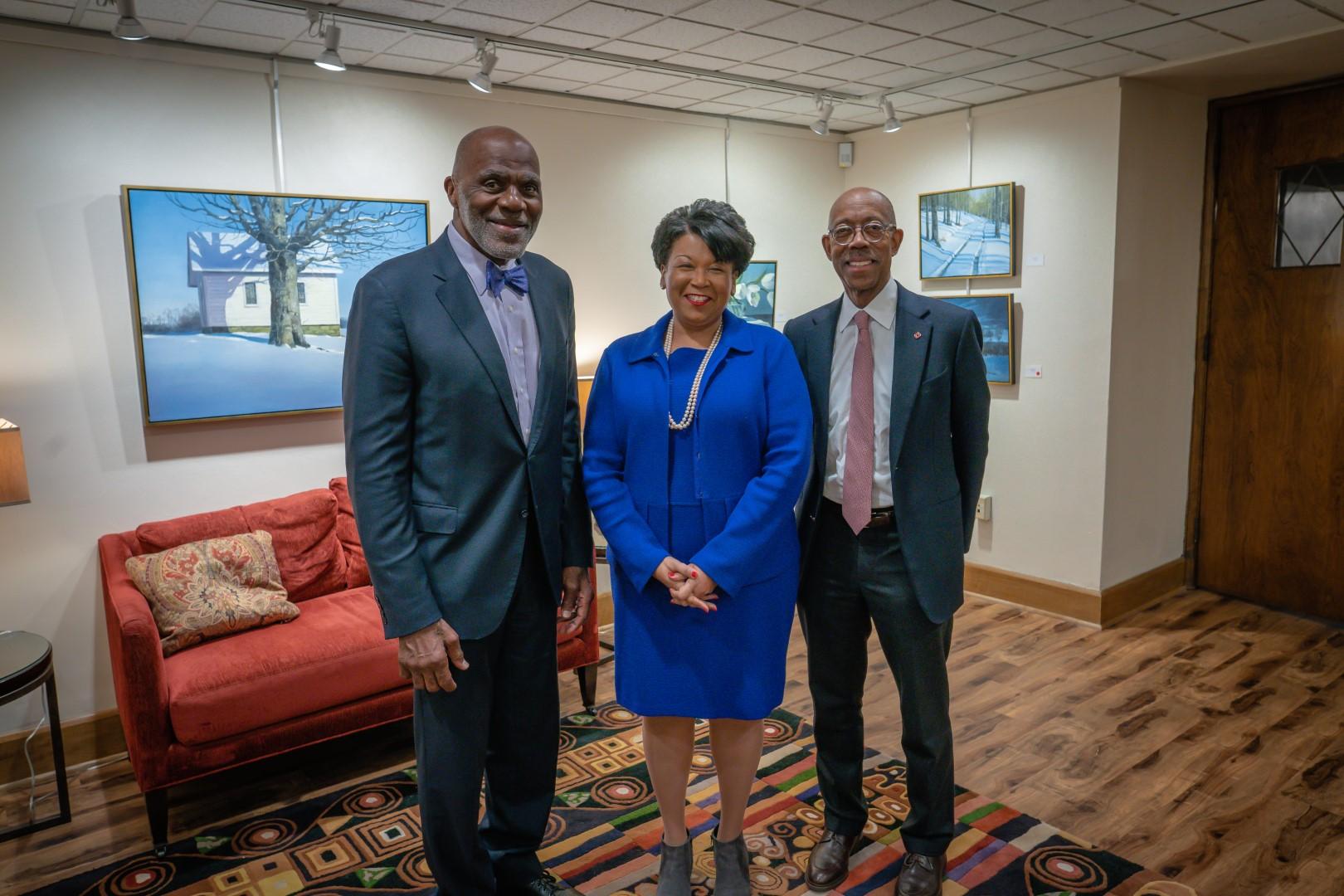 Justice Alan C. Page was born August 7, 1945, in Canton, Ohio. He graduated from Canton Central Catholic High School in 1963, and received his B.A. in political science from the University of Notre Dame in 1967 and his J.D. from the University of Minnesota Law School in 1978. After graduating from law school, Alan Page worked as an attorney for a law firm in Minneapolis, then served seven years as an attorney in the office of the Minnesota Attorney General.

He sought election to the Minnesota Supreme Court in 1992 and won, becoming the first African American on the court and one of the few associate justices ever to join the court initially through election, rather than appointment by the governor. When Justice Page was reelected in 1998, he became the biggest vote-getter in Minnesota history. He was reelected in 2004 and 2010 and served until he reached the mandatory retirement age of 70 in 2015.

Law was Alan Page's second career; he was first known for his skills in football both in college and in the NFL. At Notre Dame, he led the school's storied football program to the 1966 national championship, and in 1993 he was inducted into the College Football Hall of Fame.

Justice Page drew much excitements having been selected as a first-round draft choice of the Minnesota Vikings in 1967. He played for the Vikings the majority of his career, and finished the last three years with the Chicago Bears, 1978–1981. Over the course of his professional football career, Alan Page played in 218 consecutive games, earning All-Pro honors six times, and was voted to nine consecutive Pro Bowls. In 1971 he was named the NFL's Most Valuable Player, becoming only the second defensive player in history to be named MVP. In 1988, Page was inducted into the Pro Football Hall of Fame.

Also in 1988, Justice Page and his wife, Diane, founded the Page Education Foundation, which assists Minnesota students of color in their pursuit of post-secondary education. To date, the foundation has awarded $15 million in grants to 7,000 students. Justice Page and his daughter, Kamie Page, have written three children's picture books, Alan and His Perfectly Pointy Impossibly Perpendicular Pinky (2013), The Invisible You (2014), and Grandpa Alan's Sugar Shack (2017). Bill McGrane also penned an authorized biography about Justice Page's life, entitled; All Rise: The Remarkable Journey of Alan Page (2010).

Justice Page is also an honored recipient of the Presidential Medal of Freedom.