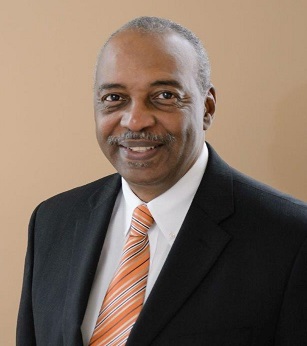 The 2019 Gathering of Men, held on September 25, featured Dr. Roy Jones, Executive Director for the Call Me MISTER Program and Provost Distinguished Professor in the Department of Educational & Organizational Leadership Development in the College of Education at Clemson University.

The mission of the Call Me MISTER (acronym for Mentors Instructing Students Toward Effective Role-models) South Carolina and National Initiative is to increase the pool of available teachers from a broader more diverse background particularly among the Nation's lowest performing elementary schools.

The Winter 2019 Special Issue Edition of Teacher Education Quarterly on “Grow Your Own programs and Teachers of Color” published Dr. Jones' article about the program model and its contribution in addressing the teacher shortage among Black males in South Carolina and beyond.

Dr. Jones has been cited by many as a thought-leader on the education and mentoring of African American boys. He leads the most recognized collaborative in the nation for recruiting, retaining, developing leadership and producing certified African American male elementary and middle school level teachers. The collaborative currently represents 24 colleges and universities in South Carolina and 10 institutions in 9 other states.

He is a fierce Advocate for promoting and supporting the role of Historically Black Colleges and Universities as the early pioneers in producing Black Educators. Under Dr. Jones' leadership, the Call Me MISTER program has generated over $13.0 million dollars in private and public revenue, including nearly $7.0 million dollars in direct support for students attending four HBCU's in South Carolina. In addition, the W. K. Kellogg Foundation awarded the Call Me MISTER program $1.2 million dollars in multi-year funding to build a pipeline of African American male teachers in Mississippi in collaboration with Jackson State University.

Dr. Jones was selected and honored by the South Carolina State Department of Education for inclusion in its prestigious 2020 African American History Calendar. A ‘virtual Hall of Fame”, the 31-year annual publication profiles “individuals from across the state who have had a positive, compelling impact on South Carolina and, often, the country.”

In January 2013, Dr. Jones and co-author Aretta Jenkins' book was released entitled, Call Me MISTER: The Re-Emergence of African American Male Teachers in South Carolina, which describes the model and the captivating journey of their nationally recognized program.

Dr. Jones was named the 2009 “Pacesetter Award” recipient by the American Association of Blacks in Higher Education.

Dr. Jones was a 2018 Nominee for the prestigious Brock International Prize in Education.

Prior to beginning his tenure at Clemson in 2003, Dr. Jones was Associate Professor in the Division of Education at Claflin University in Orangeburg, S.C. Dr. Jones served as Chair of the Division of Education during the period Claflin received the distinction of becoming the first historically black private institution in the State to receive the National Council for the Accreditation of Teacher Education (NCATE) accreditation.

From 1990 to 1998, Dr. Jones served as Director of Employment for the Charleston County School District and was responsible for the district's teacher and classified recruitment programs. He has successfully implemented and directed numerous programs in higher education throughout his career.

Register for Gathering of Men